To share your memory on the wall of Eric White, sign in using one of the following options:

Provide comfort for the family of Eric White with a meaningful gesture of sympathy.

A lifelong resident of the central Missouri area, Eric was a 1992 graduate of Jefferson City High School. He then graduated from Nichols Career Center with a degree in Radiology Technology and was also licensed in MRI and CT Technology.

He proudly served in the United States Navy until he was honorably discharged in 1995.

He was baptized at Cedar City Baptist Church in Holts Summit, Mo.

Eric’s world revolved around his daughter, Madison and he cherished any time spent with her and family. They loved watching movies, playing video games, listening to music and barbecuing together. Eric was an avid sports fan and always cheered for the St. Louis Cardinals and Kansas City Chiefs.

Survivors include: his daughter, Madison Lynn White of Holts Summit, Mo., his mother, Karen White and her husband Dale of Holts Summit, Mo.; his father, Barry White and his wife Donna of Ashland, Mo.; a special friend, Carla Creed and her children, Tylyn, Hunter, Easton, and Cole; his step-sister, Misty Culkin and her husband Charles of Champaign, Il.; and many other close friends and family members who will miss him dearly.

A private family graveside service and interment will be held at Mt. Pleasant Cemetery in Boone County, Mo.

To send flowers to the family or plant a tree in memory of Eric L. White, please visit our Heartfelt Sympathies Store.

Receive notifications about information and event scheduling for Eric

Posted Apr 06, 2020 at 08:42pm
I just wanted to express my condolences to Eric's family and friends. I worked at St. Mary's in the cardiac cath lab and ER, so naturally Eric and I crossed paths a lot. Even though I didn't know Eric well, I liked him because he cared a lot for those who needed x ray CT or MRIs. Anyone can do the job, but it takes special folks like Eric to do the job with care and empathy. I am sorry for your loss. David "Randy" Dresel, EMT-P, CVT,RN
Comment Share
Share via:
TD

Posted Apr 05, 2020 at 11:27am
Eric was always fun to be around. Funny memories and good times. We lost touch after high school, but I had the pleasure of running into him again about a year ago. You have my sympathy.
Comment Share
Share via:
C

Posted Apr 02, 2020 at 08:41pm
Sadness is all I feel for you Karen. Eric was definitely an amazing young man. The love for Madison no one else can stand up too. Praying for your healing love to the family.
Comment Share
Share via: 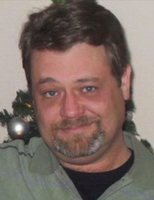 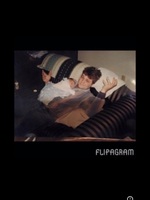 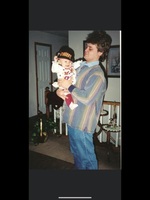 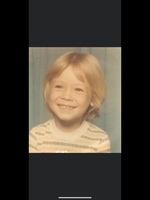