To share your memory on the wall of Franziska Malley, sign in using one of the following options:

Franziska was born on February 8, 1931, in Schlaggenwald, formerly Bohemia, Germany, the daughter of Anton Ott and Anna (Hochberger) Ott. She was married on March 4, 1975, in Jefferson City, Mo. to John Malley, he preceded her in death on July 8, 2016.

Franziska loved Jefferson City; the history and German names reminded her of home. She was actively involved in her community and participated in numerous civic organizations. A voracious reader, she was passionate about history and enjoyed sharing her German heritage. It was particularly important to her to let people know about the plight of her people, the Sudeten Germans, who were expelled from their homeland after WWII.

Franziska was a devout Catholic. She was a member of St. Joseph Cathedral in Jefferson City, The Ladies of Guadalupe Circle, and St. Mary’s Auxiliary.

A gifted musician, she was classically trained in voice and piano. Early on, she joined the Cantorum, the “Morning Music Club,” and sang at St. Joseph’s Cathedral.

Franziska enjoyed cooking, never hesitating to try a new dish. As a Master Gardener, she loved working in her garden, which featured a colorful array of flowers and plants throughout the year.

She was preceded in death by her parents; her husband; one daughter, Herta Hicks; and sister, Traudl Bucholz.

Due to the risks presented by the Covid-19 virus, the family wishes to keep all services private.She will be laid to rest at Hawthorn Memorial Gardens.

A webcast of the funeral service will begin at 10:00 AM Central Standard Time, Friday, July 24, 2020, for friends and extended family to watch by visiting her memorial page on Freeman Mortuary’s website.

Friends may mail sympathy cards to the funeral home to leave condolences online to be given to her family.

In lieu of flowers, memorial contributions are suggested to “Friends of Music Scholarship Fund” through the University of Missouri School of Music, or to “Catholic Charities of Central and Northern Missouri.”

To send flowers to the family or plant a tree in memory of Franziska A. Malley, please visit our Heartfelt Sympathies Store.

Receive notifications about information and event scheduling for Franziska

There are no events scheduled. You can still show your support by sending flowers directly to the family, or planting a memorial tree in memory of Franziska A. Malley.
Visit the Heartfelt Sympathies Store

We encourage you to share your most beloved memories of Franziska here, so that the family and other loved ones can always see it. You can upload cherished photographs, or share your favorite stories, and can even comment on those shared by others.

Posted Jul 28, 2020 at 08:45am
One Sunday at St Joseph Cathedral, having heard Franziska sing and hearing a lovely classically-trained voice with a trace of an accent that might be German, I introduced myself to Franziska and asked her where she was from, because my parents were immigrants after the war, their homeland lost to history as well. From time to time, Franziska would bring me a publisher's catalog of German history books in case something piqued my parents' interest. She was a gentle soul, and I will miss her.
Matt Tolksdorf
Comment Share
Share via:
NL

Thank you for your kind words and personal story about Franziska, Matt. The family greatly appreciate you reaching out. She was very proud of her singing and I'm sure you made her day and added joy to her life as well. Take care and sing often, -Family of Franziska Malley
EB

Posted Jul 20, 2020 at 03:40pm
I met Franziska in the early 1970s because of our membership in St. Joseph Cathedral Parish. I had visited ancestor-descendants in Germany. We enjoyed very much talking often, sometimes in German, about what happened in the 1930s forward in Deutschland.
She and her family are in my prayers. May she rest in peace.
Edward L. Bode
Comment Share
Share via:
NL

What a special story, thank you Edward! Franziska's willingness to share her love and life stories are one of the many reasons she was so special. We will all miss talking with her. Thank you for taking the time to leave a message for her -Family of Franziska Malley
DF

Posted Jul 19, 2020 at 10:16pm
Our lives were enriched by the love and attention given freely by John and Franziska. Her love of flowers and gardening brought us to them. Her capacity to care for us as deeply as we cared for her keep us together. Her willingness to share the richness of an abundant life made Franziska a dear friend. We will always be grateful for our years together. We are comforted that she is in the arms of her dearest heart. We miss both of them every day.
Dennis Figg
Mike Brock 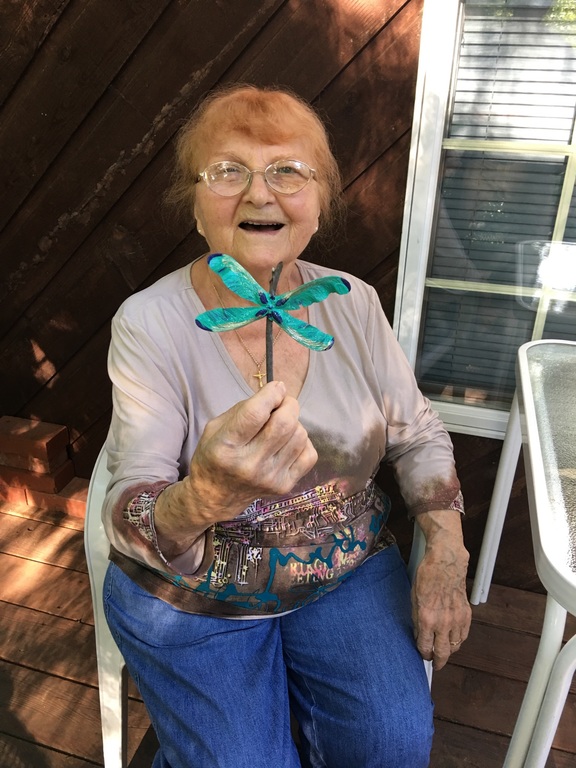 Dennis and Mike, Thank you for this heartfelt message and thank you for coming to the memorial in such an uncertain time. It really meant a lot to us. Thank you for speaking at the service as well. It's so important to hear others speak about those we love and have lost. We know she loved you both. Thank you for all you did for both Franziska and John. -Family of Franziska Malley
ML

Posted Jul 19, 2020 at 07:50pm
We met Franziska and John through our daughter-in-law Nicole. We enjoyed our visits with John and Franziska and they always had interesting stories. Our sweetest memory was her and John calling us on every birthday and singing "Happy Birthday" to us. I know she was a big influence in Nicole's life and loved by her family. She will be missed. Our condolences to her whole family.

Maureen and Pete, We know that Franziska considered you part of the family as you take such great care of her granddaughter and great-grandchildren. Thank you for taking the time to leave such a sweet message and reminding us all how kind and thoughtful Franziska was to all. -Family of Franziska Malley
VS

Posted Jul 19, 2020 at 12:30pm
Dear Franziska! I am very thankful for our friendship and will always keep you in my heart. Die Zeit mit Dir war immer unterhaltsam! LOVE, Vanessa 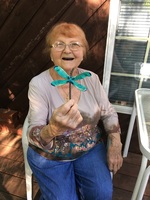 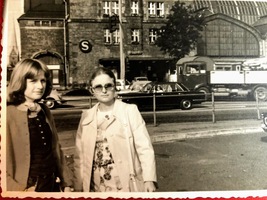 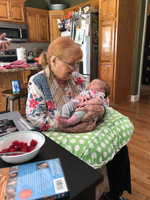