To share your memory on the wall of Gail Winters, sign in using one of the following options:

He was born on December 16, 1934 at Austin Hollow in Miller County, MO a son of Lewis H. “Hollie” and Viola F. (Walker) Winters. He attended Jefferson City High School and worked for over 40 years in construction. In 1956, he was married to Barbara Davidson.

Gail was a Boy Scout Leader with Troop 10 at Grace Episcopal Church or over 20 years. After his kids were raised, he created Post 10 Explorer Scout High Adventure. He also helped develop an adult high adventure club call HISPACARA that ran for over 20 years. With his love of nature, Gail also enjoyed animals and bred Tennessee Walker horses. He also loved dancing, reading and watching westerns.

He was preceded in death by: his parents; his former wife and best friend, Barbara, son, Mike Winters; granddaughter, Michelle Reed; and ten brothers and sisters.

A memorial service will be held at a later date.

To send flowers to the family or plant a tree in memory of Gail Winters, please visit our Heartfelt Sympathies Store.

Receive notifications about information and event scheduling for Gail

Print
A memorial service will be held at a later date.

We encourage you to share your most beloved memories of Gail here, so that the family and other loved ones can always see it. You can upload cherished photographs, or share your favorite stories, and can even comment on those shared by others. 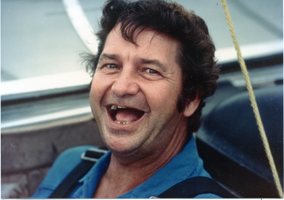