To share your memory on the wall of Gary Buettner, sign in using one of the following options:

Provide comfort for the family of Gary Buettner with a meaningful gesture of sympathy.

Gary served in the United States Army from 1971 until 1979. While in the Army he graduated from Stuttgart High School in Stuttgart, Germany in 1973.

A resident of the Jefferson City area since 1987, Gary graduated from Linn Technical College in 2003 with a degree in computer programming.

Gary was employed with the Missouri Department of Corrections for twelve years and later with Von Hoffman Press until ill health forced his retirement.

Gary was preceded in death by his parents, John and Agnes Buettner and one brother, Roger Buettner.

To send flowers in memory of Gary A. Buettner, please visit our Heartfelt Sympathies Store.
No funeral details available.

We encourage you to share your most beloved memories of Gary here, so that the family and other loved ones can always see it. You can upload cherished photographs, or share your favorite stories, and can even comment on those shared by others.

Posted Sep 06, 2019 at 06:06pm
Sorry to read of your passing cousin. Many memories of when we were little kids. Our prayers to your family for comfort, and our sympathy to Denise and Dennis
Comment Share
Share via:
DB

Posted Aug 22, 2019 at 11:44am
Linda and family, So sorry to hear about Gary. My heart and prayers go out to your family at this time. Sending my love and heart felt sympathy. Love Deb
Comment Share
Share via: 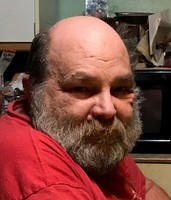