To share your memory on the wall of Gary Gonder, sign in using one of the following options:

Print
Gary J. Gonder, age 62, of Jefferson City, Mo., passed away peacefully on Friday, May 14, 2021, at his home after a brief illness. He was surrounded by family.

A lifelong resident of the central Missouri area, Gary was a 1976 graduate of Jefferson City High School, where he broke many school basketball records. After graduation, Gary gave up a basketball scholarship to attend the University of Missouri Journalism School, where he graduated with bachelor’s degrees in advertising and photo journalism. Gary later earned his master’s degree in Public Administration in 1981, and remained a proud Tiger for the rest of his life, attending nearly every home-game tailgate with friends for the past 13 years.

After graduating from Mizzou, Gary was selected to run the daily newspaper for Royal Viking Line cruise ships, which took him around the world three times and allowed him to continue his passion for photography, travel, and meeting new people. After leaving the cruise line because he wanted “a house and a dog,” Gary worked for the Missouri Film Commission, which allowed him to attend a prison riot and film parts of Planes, Trains and Automobiles on an active flight tarmac. Gary then worked for the Missouri Lottery for nearly 30 years, before “retiring” in 2016, although he continued to work with the organization until April, 2021. While at the Lottery, Gary received the National Major Peter J. O’Connell Lifetime Achievement Award and was a founding member and Chairman of the Missouri Alliance to Curb Problem Gambling, an industry first. He took pride in his work to raise funds for public education.

Gary possessed a strong faith and was an active member of First Christian Church, where he served as a past Board Chairman and Elder, as well as Chairman of the committee to build the Family Life Center, and Chairman of the Pastoral Relations Committee. Gary taught Sunday School for 12 years and in 2018 chaperoned the youth group on a trip to rebuild homes after Hurricane Maria struck Puerto Rico. He was Commissioner of the Upward Basketball program, which he helped launch and manage, for 16 years.

Gary also served as Chairman of the Board at Rainbow Rock Condominiums in Brookings, Oregon, where he and Nanci have spent part of the last 8 years hiking (usually twice daily), beachcombing, and photographing sunsets and redwoods.

Even after his career in photo-journalism ended, Gary could rarely be spotted without a camera. He would take every chance he got to photograph friends and family, scenes in nature, and even strangers doing things he found interesting. Gary loved good music. His taste spanned genres and decades, and he was known to adjust the radio tuner to avoid a song he disliked even as he pulled into the driveway back at home. Gary also loved sports, and rarely missed a Cardinals, Chiefs, or Tigers game. He loved bringing people together, and was always up for a good adventure, party, or excuse to dress up. He loved travel, particularly experiencing new traditions, climbing new mountains, and photographing daily life across the world.

Of all of his roles and passions, the one Gary cherished the most was that of husband, father, brother, uncle, cousin and nephew. For the last 28 years, Gonder Family Christmases were held at his house and it was the highlight of his year. A close second for Gary were the Gonder Family Camping Trips, which took place each June. Gary was a listener, a protector, a problem solver, and a mentor for so many members of the family. Gary coached all of his daughter Georgia’s sports teams, helped her make her Valentine’s Day Card box each year in elementary school, and took her to countless concerts and sporting events.

Gary loved life, and never wasted a moment of his. Gary was passionate about the “why” behind everything he did, and aimed to help others find and understand theirs. Gary never said no. He believed in hard work, took pleasure in a job well done, and was a mentor to many. He believed that kindness, laughter, hope, and keeping a Mini Snickers Bar in your coat pocket could get you through anything. His contagious smile, joyous laugh, and heart of service will be sorely missed.

Gary was preceded in death by his parents and one brother, George Gonder.

Funeral services will be conducted at 10:00 a.m. Wednesday, May 19, 2021, at First Christian Church with the Reverend Sarah Kingsbery officiating. Graveside services and interment will be held at Riverview Cemetery.

A webcast of Gary’s service will begin at 10:00 a.m. Wednesday for friends that are not able to attend by going First Christian’s Church’s Facebook page at www.facebook.com/fccjcmo.

To send flowers to the family or plant a tree in memory of Gary J. Gonder, please visit our Heartfelt Sympathies Store.

Receive notifications about information and event scheduling for Gary

We encourage you to share your most beloved memories of Gary here, so that the family and other loved ones can always see it. You can upload cherished photographs, or share your favorite stories, and can even comment on those shared by others.

With love, Monica, Jared, Alex,Peyton and Bentley , Blair & Tyler Sumner & Hope & Cal Shapiro, and other have sent flowers to the family of Gary J. Gonder.
Show you care by sending flowers

Posted May 17, 2021 at 08:01pm
Gary, I will never forget the times we spent together, your insights, joyous smile, and infectious joie de vivre! Much love and peace, my friend.

3 trees were planted in the memory of Gary Gonder

Your Friends from Our Food Pantry

Posted May 16, 2021 at 11:32pm
Please accept our most heartfelt sympathies for your loss... Our thoughts are with you and your family during this difficult time.

3 trees were planted in the memory of Gary Gonder

Posted May 22, 2021 at 04:01pm
I first met Gary in 1992, when he came to the Department of Education's instructional TV studio in the basement of the Jefferson Building, curious to see what we had going on. As director of the facility, I showed him around and filled him in on the programming we produced. He was really curious and asked a lot of intelligent questions. At the end of the tour he asked me what was our biggest obstacle in delivering programs to our audiences. I explained we had to rent a satellite uplink truck to send out live, interactive teacher in-service to K-12 schools across the state. And that was very expensive to do. All of a sudden, Gary became really animated and explained the lottery had been looking for ways to cut costs on televising their daily game drawings, and wondered if there was any way we could help each other out and save money for both of our agencies? To make a long story short, Gary and I spent a year coming up with a plan called the Lottery and Education Telecommunication Services (LETS) proposal. After clearing approval from both our agency chiefs, we embarked on efforts to convince the state legislature that this proposal would not only save our agencies money, but would allow us to provide interactive teleconferencing to all state agencies, as well as live coverage of legislative sessions. Primarily, due to Gary's charismatic positive personalty, we gained the approval to run our proposal for a year to see if it was cost effective. The lottery hired staff to run the game drawings in the evenings, after my agency finished using the studio each day. And put a 30 ft. C-Band uplink dish on the Jefferson building. Despite this initial cost, at the end of the first year we had saved the state one million dollars. In 1995 our agencies received the Governor's Award for Quality and Productivity. Over the next decade the LETS program saved the state over $10 million dollars and provided over two hundred hours of teacher in-service along with other state agency in-service to their employees. I look back with pride being a part of this incredible effort that allowed inter-agency cooperation, and savings of taxpayer dollars. I truly believe Gary's initial curiosity and his sustained positivity is what allowed us to achieve our goals. Gary never gave in to the often overwhelming challenge of convince us all that this idea he had would be a win for the whole state. Gary, it was a pleasure working with you to accomplish all we did. Without your enthusiasm it never would have happened!
RIP my friend, Dave Parsons
Comment Share
Share via:
CB

Posted May 19, 2021 at 09:51am
Nancy, we are so sorry for your loss. Our thoughts and prayers are with you and your family during this difficult time. Hugs and Prayers, Lowell and JoAnn Mohler
Comment Share
Share via: 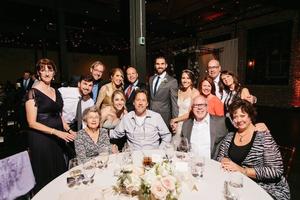 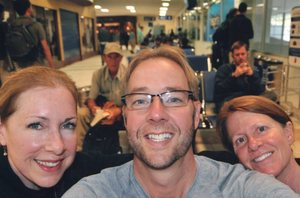