To share your memory on the wall of George Daly, sign in using one of the following options:

Provide comfort for the family of George Daly with a meaningful gesture of sympathy.

A resident of Jefferson City for most of his life, George was a 1949 graduate of Hickman
High School in Columbia.

George was proud to be a state certified real estate appraiser. He spent many happy
years in the real estate business with his wife, also an appraiser.

A private family memorial service will be held at a later time.
Read Less

To send flowers to the family or plant a tree in memory of George Daly Sr., please visit our Heartfelt Sympathies Store.

Receive notifications about information and event scheduling for George

Print
A private family memorial service will be held at a later time.

We encourage you to share your most beloved memories of George here, so that the family and other loved ones can always see it. You can upload cherished photographs, or share your favorite stories, and can even comment on those shared by others.

Posted Feb 19, 2019 at 05:18pm
Shelley, keeping you and your family in my thoughts and prayers. Know how important your parents were to you. They were so fortunate to have you and Keith close by. Losing our parents is hard, no matter how old we are. I hope the wonderful memories you have of your dad bring you comfort in the days ahead. I will be thinking of you, my friend.
Comment Share
Share via: 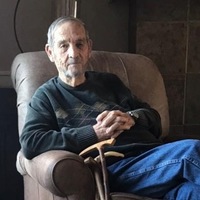