To share your memory on the wall of Gregory Willenbrink, sign in using one of the following options:

Greg was born on July 4, 1960 in St. Louis, Mo. a son of Paul Herman and Gemella Frances Willenbrink.

Greg was born on July 4, 1960 in St. Louis, Mo. a son of Paul Herman and Gemella Frances Willenbrink.

A resident of the central Missouri area for the majority of his life, Greg was a 1978 graduate of Jefferson City High School and attended Central Missouri State University in Warrensburg, Mo.

He was employed with the maintenance department at Capital Plaza Hotel for many years and later with distribution with the News Tribune.

One of Greg’s talents was his ability to smoke barbeque. He even traveled with friends to Memphis and won several competitions for his barbeque. Greg was an avid reader and a sports enthusiast, who loved cheering for the St. Louis Cardinals and the Mizzou football team.

He was preceded in death by his parents and his uncle and aunt, Wally and Ruth Richter.

Graveside services and interment with military honors will be held at 10:30 a.m. Thursday, December 12, 2019 at the Jefferson Barracks National Cemetery in St. Louis, Mo.

In lieu of flowers, memorial contributions are suggested to Greg Willenbrink Memorial Fund.

To send flowers to the family or plant a tree in memory of Gregory J. Willenbrink, please visit our Heartfelt Sympathies Store.

We encourage you to share your most beloved memories of Gregory here, so that the family and other loved ones can always see it. You can upload cherished photographs, or share your favorite stories, and can even comment on those shared by others.

Posted Dec 10, 2019 at 07:19pm
Dear Willinbrink Family,
I want to give my condolences for Greg's passing, I am sure it has been a heavy burden upon your family. I have known Greg since I was a Manager at the Capitol Plaza Hotel throughout the 80's and 90's and even lived in his Uncle Wally's rental apartment during a brief period of time. Greg was a very sincere and warm person and was always trusted by his fellow Team Members as a person who would do the right thing and get the job tasks done the first time with a smile.
Sincerely,
Brian Inman
Comment Share
Share via:
DW

Posted Dec 09, 2019 at 11:40am
Dear Willenbrink Family,
I had the opportunity of getting to know Greg while we both worked at the Capitol Plaza. What a great individual! I truly enjoyed working with Greg. And I am so sorry for your loss. Please know that I have you all in my thoughts and prayers.
Comment Share
Share via:
MS

Posted Dec 02, 2019 at 11:16am
To Melinda and Greg's family; Mark and Paula, please accept my deepest sympathy on your loss.

Greg was one of my oldest and dearest friends and while I am sad to see him go, I am comforted by the fact that I knew him.

Greg was very giving, kind and had a very unique sense of humor. Never a dull moment! 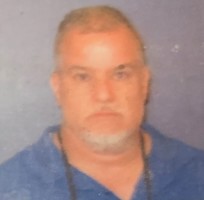