To share your memory on the wall of Harriet Landon, sign in using one of the following options:

Harriet Jane Dove was born in 1921 in Cairo, Nebraska, the daughter of Earl W. and Lulu Ella (Miller) Dove.

Harriet Jane Dove was born in 1921 in Cairo, Nebraska, the daughter of Earl W. and Lulu Ella (Miller) Dove.

Following graduation from the Cairo schools, she studied art and music at Doane College in Crete, Nebraska. In September 1941, she married Arthur E. Landon. They raised five children, born between 1945 and 1965, while living in various communities. For more than 55 years, she lived in Salina, Kansas, where she held leadership roles in civic, charitable and service organizations. Following her husband’s death in 1976, she focused on her avocations of genealogy, travel, and painting. She also completed all but two credits towards a bachelor’s degree in history at Kansas Wesleyan University. In 2014, Harriet joined the Heisinger Bluffs retirement community in Jefferson City, Missouri.

A private memorial will be held at a future date, with interment at Gypsum Hill Cemetery in Salina, Kansas.

In lieu of flowers, memorial contributions are suggested to the Alzheimer’s Association.

To send flowers to the family or plant a tree in memory of Harriet Jane Landon (Dove), please visit our Heartfelt Sympathies Store.

Receive notifications about information and event scheduling for Harriet

There are no events scheduled. You can still show your support by sending flowers directly to the family, or planting a memorial tree in memory of Harriet Jane Landon (Dove).
Visit the Heartfelt Sympathies Store

We encourage you to share your most beloved memories of Harriet here, so that the family and other loved ones can always see it. You can upload cherished photographs, or share your favorite stories, and can even comment on those shared by others.

Posted Dec 06, 2019 at 01:05pm
Dear family from Marshall Stanton.
With affection and condolences, I recall your mother and father, and, I must say, all of their children that I knew. I was your pastor for five years when I was appointed to Trinity Methodist Church, Salina. Carol was probably in college at that time, Tim moved through the early years of adolescence and Matthew was the little guy in the family One of you was in the US intelligence service. I recall sitting in your parents' living room discussing issues pertinent to that service. Even today, when I dive past your house on Quincy, I think of you.

I bought your parents' fold-out travel trailer and my friend from Colby purchased the sail boat your father made. Following your father's example, I constructed a sailing rig for the canoe that I made in the parsonage garage and enjoy sailing it in many Kansas waters.

For a special MYF trip for middle-schoolers, I drove one of the cars that in which Dale Hanzlicek and Tim were in the back seat. All was fine, except the two boys got into a spitting contest at zero-range in the back-seat. That finally settled down and the contest was just an adolescent prank.

In 1976 when your father died on a trip with family that remained at home at that time, I was serving the Colby Methodist Church and your mother stopped in Colby and looked me up. I was the first person that knew the family that your family had seen since Art's death. I visited with everyone...I think at the Ramada Inn. Your mother told me that Art had experience chest pain a few times on that trip and was sitting in the family car when the fatal heart attack occurred. Harriet reported that she heard the car horn with a sustained tone and went to see what was going on. Art was slumped over the steering wheel.

So sad! So terrifying!

You've all developed your own lives and although I know nothing of your lives since we moved from Salina in 1971, I think of you from time to time.

A bit about our family is this: our tree children are now Eric 57, Kirsten 53, Nathan 50, all of whom are married with children, a total of 10 grandchildren who range in age from 12 to 32. The first great-grandchild was born 11-15 to a grand daughter. We are 84 years of age, have no major health issues and are carrying-out our lives in an almost normal manner. The peccadilloes of age afflict all to some degree. We remain in Salina after I retired from the presidency in 2002 at Kansas Wesleyan University where I served for 18 1/2 years.

From Trinity, Salina, I went to Colby Methodist Church and then to the district superintendency in Hutchinson and then to the KWU presidency. I've been retired for 17 1/2 years.

When I visit the hospital, now Salina Regional Health Center, I see the photo of Art Landon posted on a hall-way wall, and think of him, all of you and some of the humorous moments spent with him in his hospital office. He usually had a piece of humor. 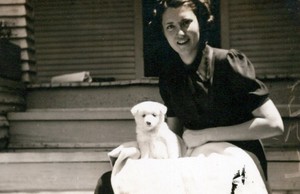 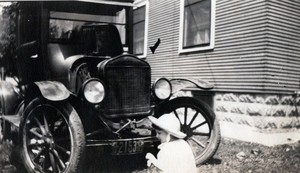