To share your memory on the wall of Harsha Sunder, sign in using one of the following options:

Print
Harsha Sunder, age 12, of Jefferson City, Mo., passed away March 22, 2021 at the Women’s and Children’s Hospital in Columbia, Mo.

Harsha left this world exactly twelve years after he entered it on March 22, 2009. His was a personali... Read More
Harsha Sunder, age 12, of Jefferson City, Mo., passed away March 22, 2021 at the Women’s and Children’s Hospital in Columbia, Mo.

Harsha left this world exactly twelve years after he entered it on March 22, 2009. His was a personality that didn’t just touch people, it barreled into them. He smiled often and loved hard. He was deeply loyal to those closest to him. He cracked up at his own jokes and had the most infectious belly laugh. He connected with people, remembering names and faces long after his parents had forgotten them. He was amazingly resilient and worked incredibly hard to make each day better than the previous one and inspired his parents to do the same.

Harsha never met a fiction franchise he didn’t like. He could talk like Yoda, cast spells like Voldemort and knew every line of the Lord of the Rings. He spent hours using his outsized collection of LEGO models and people to tell stories. He rode horses every weekend and went ice skating each week – he talked the ear off his coaches at both. He loved warm baths, soft pj’s and snuggling under a blanket with a pile of his favorite books.

Harsha was quick to make friends and had a close circle of young people around him who cared for him and enjoyed his energy. More than one of them endured a rap on the knuckles from his many lightsaber battles. They helped him overcome his limitations and try new things. He was liberal when “delegating” his jobs to them and always knew how to spin it as a favor he was doing them, especially when justifying the situation to his mom and dad!

Harsha had some of the most phenomenal teachers, therapists and administrators at the Special Learning Center, Southwest Early Childhood Center and Cedar Hill Elementary School. They met him where he was, loved him, supported him, laughed with him and pushed him to be the best he could be. He grew so much because of how much they gave.

Harsha was blessed to receive care from doctors, nurses, medical professionals and therapists in Jefferson City, Columbia and St. Louis. They listened closely and were invested in his health. They worked hard for the best outcomes and brought him so much farther than his diagnoses might have allowed.

Harsha is celebrated by his very proud and grateful parents, Apurva and Sunder Balasubramanian; grandparents, aunts, uncles and cousins in the US and India; a larger extended family scattered around the globe and many, many kind and loving friends, both human and equine. He left this world a hero to those who received the gift of his organs.

A celebration of Harsha’s life will be conducted at 6:00 p.m. Saturday, April 10, 2021 in the Freeman chapel. The general public is welcome to attend the service. Guests will be required to wear masks and follow social distancing guidelines. Everyone is encouraged to dress in casual attire, wear clothing adorned with their favorite fantasy character or sport Harsha’s favorite color, red.

A webcast of the celebration will begin at 5:30 p.m. for friends that are not able to attend by going to his memorial page on Freeman Mortuary’s website and clicking the “photos and videos” tab. Friends may mail sympathy cards to the funeral home or leave condolences online to be given to his family.

To send flowers to the family or plant a tree in memory of Harsha Sunder, please visit our Heartfelt Sympathies Store.

Receive notifications about information and event scheduling for Harsha

We encourage you to share your most beloved memories of Harsha here, so that the family and other loved ones can always see it. You can upload cherished photographs, or share your favorite stories, and can even comment on those shared by others.

Vianney and Family sent flowers to the family of Harsha Sunder.
Show you care by sending flowers

Posted Apr 10, 2021 at 07:07pm
Apurva and Sunder, I know that Harsha brought much joy to you and to so many others. The photos and expressions are priceless. Our condolences to you and your family. Mike and Anne-marie and family
Comment Share
Share via:
Y

Posted Apr 07, 2021 at 01:10pm
Apruva and Sunder,
Our heart goes out to you both. The tribute is beautifully written and showcase's his personality very well. Our thoughts are with you during this difficult time and you are in our prayers. It has been such a joy in my life to know Harsha. He has been a light in the world, and still is. I do remember Harsha coming to our Kumon center joyfully. I do remember his struggle to advance with mathematical concepts and practicing them to move ahead. He was above his grade level for Math class. may his soul rest in peace.

Posted Mar 28, 2021 at 09:24am
“Can I come right now?”, was three-year-old Harsha’s reply to my asking him to visit us in Germany during our very first Skype call. If only the fictional characters that he so loved could have made it possible. Six years later I finally got to meet our grand-nephew in person. A bright-eyed, delightful boy who shared the family’s passion for books. A brief but joyful encounter, the imprint indelible. May all these shared memories be an anchor for Apurva and Sunder. 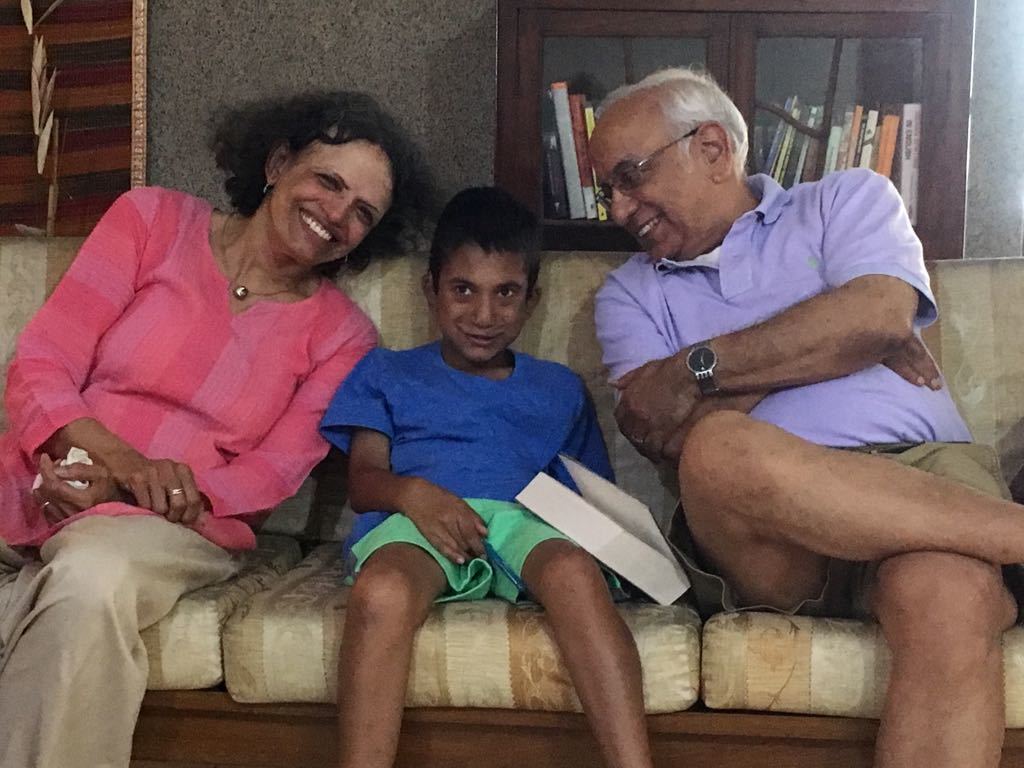 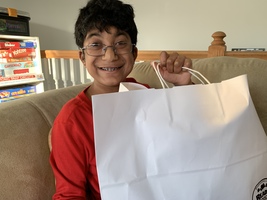 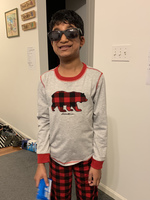 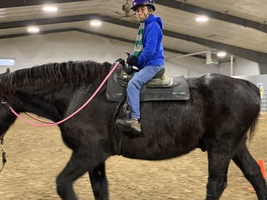