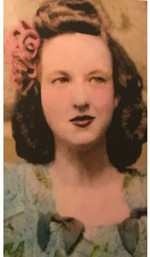 Mrs. Irene Brumley, age 92, of Jefferson City, Mo., passed peacefully from this Earth into the loving arms of the Lord on Saturday, November 14, 2020.

Irene was born on April 7, 1928 in Wellington, Mo., the daughter of the late Richard and Gertrude (Bland) Jeffries.

Irene was preceded in death by: her parents; one sister, Maxine Jeffries; two children, Rose Griffith and Roger Brumley; and two grandchildren.

Due to the current pandemic, a private interment will be held for the family at Hawthorn Memorial Gardens.