To share your memory on the wall of Jack Larson, sign in using one of the following options:

Provide comfort for the family of Jack Larson with a meaningful gesture of sympathy.

Print
Jack Eugene Larson, age 89, of Jefferson City, MO, passed away Wednesday, January 9, 2019, at St Joseph’s Bluff in Jefferson City with his loving wife Emma by his side.

Jack was born on September 22, 1929 in Goodland, KS., son of the l... Read More
Jack Eugene Larson, age 89, of Jefferson City, MO, passed away Wednesday, January 9, 2019, at St Joseph’s Bluff in Jefferson City with his loving wife Emma by his side.

Jack was born on September 22, 1929 in Goodland, KS., son of the late Lawrence and Vida Marie (Roby) Larson. He graduated from Mt. Vernon High School in Mt. Vernon, MO. then earned his Bachelor of Science degree in Education from Southwest Missouri State University. While at SMSU, he was on the football and boxing teams. He married Emma Wilmoth on September 13, 1952 in Eureka Springs, AR. He proudly served our country in the United States Army during the Korean War. Jack later received his Master of Education from Milligan University.

Jack coached high school football in Ava, MO and El Dorado Springs, MO and was a high school counselor in Sullivan, MO. He retired from the Missouri State Department of Elementary & Secondary Education, Vocational Rehabilitation. After retirement, Jack worked at the Missouri State Capitol as a tour guide where he enjoyed sharing his passion for history and meeting people from across the world. Jack also enjoyed fishing and hunting and was an avid golfer.

Jack was a resident of Jefferson City, MO since 1964. He was a faithful member of First Baptist Church where he led the Irwin Sunday School class for many years.

Visitation will be held on Friday, January 18, 2019 at First Baptist Church, Jefferson City, from 10:30 am to 12:00 pm with services immediately following at 12:00 pm with the Reverend Dr. Doyle Sager officiating. A graveside service and interment with military honors will follow at Riverview Cemetery.

To send flowers to the family or plant a tree in memory of Jack Larson, please visit our Heartfelt Sympathies Store.

Receive notifications about information and event scheduling for Jack

We encourage you to share your most beloved memories of Jack here, so that the family and other loved ones can always see it. You can upload cherished photographs, or share your favorite stories, and can even comment on those shared by others.

Guaranteed hand delivery by a local florist
Posted Jan 18, 2019 at 10:25am
Dearest Emma,
We were so sorry to hear of Jack's passing. We are also saddened that we could not attend services due to an illness that Curt has had for the past week. Our thoughts and prayers are with you and please let us know , since our homes are so close, if there is anything we can do to help you with anything. With Our Deepest Sympathy, Curt and Margie Thompson
Comment Share
Share via:
SK

Posted Jan 17, 2019 at 04:23pm
Jack was my PE teacher at El Dorado Springs, MO high school in the late 50's/early 60's. In those days, girls did not play sports, so I was not fortunate enough to have him as a coach, but he was an excellent coach for the boys teams. He was well-liked by all the kids, including me. His favorite phrase in class, which has stuck with me was, "since I was so rudely interrupted..."and we kids got a kick out of that! Sharron Robison Knutson EHS Class of 1961.
Comment Share
Share via:
K

Posted Jan 14, 2019 at 07:07pm
Emma I will never forget Jacks beautiful voice when he sang to you An you are his sunshine RIP my buddy you will be missed
Comment Share
Share via:
HS

Posted Jan 11, 2019 at 07:56am
Emma, I am so very sorry to hear of Jack’s passing. My prayers are with you. Kim Morff (Rose Reinsch’s daughter)
Comment Share
Share via: 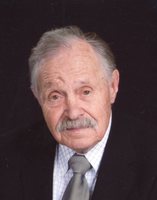 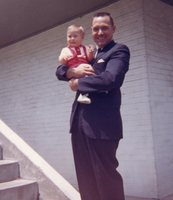 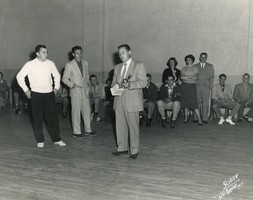