To share your memory on the wall of Jacob Moritz, sign in using one of the following options:

He was born on September 11, 1927 in Schlichtenberg, Bavaria, Germany, the son of Ferdinand and Maria (Sammer) Moritz. Jack grew up in Germany and worked in the family clothing business as a tailor until he moved to the United States in 1951.

A longtime resident of the northwest suburbs of Des Plaines, IL, Jack worked for 30 years at Slingerland Drum Co. as a woodshop foreman until the plant closed. He later worked as evening custodian at Buffalo Grove High School for 8 years until his retirement.

Jack possessed a strong faith and was a member of St. Emily Catholic Church in Mt. Prospect in Illinois for 56 years. He was also a member of the Böhmerwald Verein (Bohemian Forest Club) and the Feuerwehr (volunteer fire brigade).

Jack was a perfectionist and he was passionate about wood working projects that kept his mind and hands busy. He would build fully detailed bird houses with chimneys, porches, flower boxes, shutters, and flags in a log cabin style using old drum sticks and later with wooden dowels. These bird houses are true treasures to his family. He enjoyed taking vacations to travel throughout the United States and several trips back to his home town of Herzogsreut in Bavaria to see old friends and relatives. Jack also looked forward to his daily walks with his buddies through the neighborhood.

He was a very peaceful man who rarely showed his anger and will be remembered for his giving heart and was dedicated to helping others. Most importantly, he cherished his family and gave generously of his time with those he loved.

He was preceded in death by his parents; one grandson, Joshua Moritz; one son-in-law, Daryl Glascock; four sisters, Walburga Sterr, Ida Madl, Therese Auweck and Maria Weiss; and one brother, Fritz Moritz.

Graveside services and interment will be held at All Saints Cemetery in Des Plaines, IL.

To send flowers to the family or plant a tree in memory of Jacob Moritz, please visit our Heartfelt Sympathies Store.

Receive notifications about information and event scheduling for Jacob

We encourage you to share your most beloved memories of Jacob here, so that the family and other loved ones can always see it. You can upload cherished photographs, or share your favorite stories, and can even comment on those shared by others. 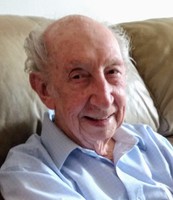 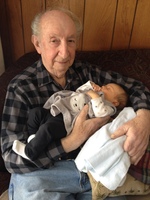 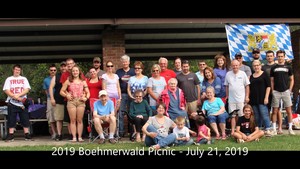