To share your memory on the wall of Jacqueline Howser, sign in using one of the following options:

Jacquie was born on November 25, 1973 in Heidelberg, Germany to Steven and Margaret “Peggy” (Barker) Tucker. She married Jeffrey Howser on June 20, 2015 in Jefferson City, Mo. and Jeff survives at the home.

Jacquie graduated from Jefferson City High School in 1992 and went on to earn an associate’s degree in electronics from ITT Technical School in St. Louis, Mo. in 1994. She then worked for KRCG – TV, the Missouri Department of Transportation in the Signal Shop, became a head teacher at the Columbia Montessori School, and at the Missouri Department of Social Services. Due to her courageous fight with cancer, she continued working part time for her church, Wesley United Methodist, as Director of Children’s Ministry, which she loved since she had been a member of the church since high school. She also enjoyed assisting families with child care.

Her proudest moments were spent with family, extended family and the chance to work with and interact with children. Jacquie had a strong faith and a multitude of friends. She was beloved by so many that will feel the deep loss of a true friend. She had a true gift for mentorship and could make anyone feel better with her love. If a loved one ever needed someone to confide in, Jacquie was there to make them feel valued with a listening ear. She had a passion for children and adored them all.

She was preceded in death by her mother, Margaret “Peggy” Tucker; her grandparents; and one step-brother, Curt Libbert.

A Celebration of Jacquie’s Life will be conducted at 6:00 p.m. Wednesday, June 17, 2020 in the Freeman Chapel with the Reverend Tom Vansant officiating. A webcast of the funeral service will begin at 6:00 p.m. Wednesday for friends that are not able to attend by going to her memorial page on Freeman Mortuary’s website.

In lieu of flowers, the family would like to suggest memorial contributions to Wesley United Methodist Church for their Children’s Ministry or to the charity of the donor’s choice.

To send flowers to the family or plant a tree in memory of Jacqueline Howser, please visit our Heartfelt Sympathies Store.

Receive notifications about information and event scheduling for Jacqueline

We encourage you to share your most beloved memories of Jacqueline here, so that the family and other loved ones can always see it. You can upload cherished photographs, or share your favorite stories, and can even comment on those shared by others.

Jacob Vogel, RJ, and other have sent flowers to the family of Jacqueline Howser.
Show you care by sending flowers

Posted Jun 18, 2020 at 03:41pm
Karen, Steve, Jeff and Family:
When I think of Jacquie I am Reminded of 2 Timothy 4:7 Jacquie fought the good fight ( When ever Trials Trouble' s beheld her she met them head on, She finished the race ( Jacquie stood fast and did not detour from the course that God had laid out for this tremendous lady, She kept the faith (Praise God Praise God she never faltered from her eyes on her heavenly Aba father. Please accept my heartfelt sympathy's and I will always think and remember Jacquie Dee.
From Dave Muench
Comment Share
Share via:
L

Posted Jun 17, 2020 at 03:46pm
Karen & family:
You all are in my thoughts and prayers.
Just know god has wrapped his loving arms around Jacqueline.

Posted Jun 17, 2020 at 11:10am
Our deepest sympathies for dearest Jackie, she will be missed and you are in our prayers Jeffrey! Love Maria and Jake Vogel

Posted Jun 17, 2020 at 09:22am
Sending our deepest sympathies for your loss of Jacque. Our thoughts & prayers are with you during this difficult time.

Flowers were purchased for the family of Jacqueline Howser. Send Flowers

Posted Jun 16, 2020 at 10:33pm
Please accept these flowers as a sign of my deepest condolences for your loss. Jacquie was an endearing friend from long ago, for whom I will miss. 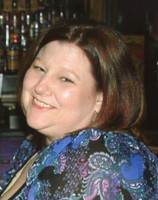 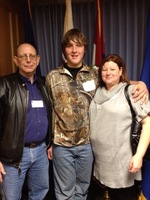 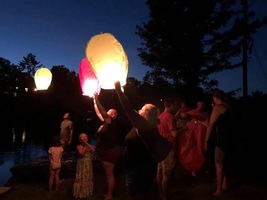