To share your memory on the wall of James Ewing, sign in using one of the following options:

A lifelong resident of the Callaway county area, Andy graduated South Callaway High School in 1968 then began his college career and the ROTC program at Westminster College where in 1970 he received an associate degree. After graduation he was drafted into the Missouri Army National Guard where he served as a Sgt. 1st class until he was honorably discharged in 1975.

Andy was a life-long farmer who loved working his crops and cattle and enjoyed being outdoors as much as possible. He could often be found bird watching – especially eagles and exploring nature at the Riverlands Migratory Bird Sanctuary. He and his wife, Joyce, enjoyed riding numerous ferries on the Mississippi River and observing the water fowl. Andy had a laid-back demeanor but a keen sense of humor and relished any chance he got to tell a joke or play a practical joke on friends and family. Most of all he cherished the time that he spent with the people he loved. He was a loving and attentive, son, husband, and father.

Andy was a member of the Mokane United Methodist Church.

He was preceded in death by his father.

Private services for the family will be held at a later date.

In lieu of flowers, memorial contributions are suggested to the Riverlands Migratory Bird Sanctuary. Donations can be made online at https://riverlands.audubon.org/about/riverlands-migratory-bird-sanctuary
or by mail to: “Audubon Center at Riverlands" at 301 Riverlands Way, West Alton, MO 63386. Donors may also mail contributions to Freeman Mortuary at 915 Madison St. Jefferson City, MO 65101 to be forwarded.

To send flowers to the family or plant a tree in memory of James Andrew "Andy" Ewing, please visit our Heartfelt Sympathies Store.

There are no events scheduled. You can still show your support by sending flowers directly to the family, or planting a memorial tree in memory of James Andrew "Andy" Ewing.
Visit the Heartfelt Sympathies Store

Posted Feb 28, 2021 at 04:24pm
I considered Andy a good friend throughout high school and during college days. We were groomsmen in each other’s weddings. My condolences to the family. May you have comfort in fond memories. Sincerely Michael Stelzleni
Comment Share
Share via:
CS

Posted Feb 28, 2021 at 10:48am
I extend my sympathy to his family. He was a very good man and will be missed. Andy used his own equipment to clear our 1/4 mile driveway during those snowy winters. I never had to call him. I never had to pay him. He would just show up with his big machinery and clear the path so we could get out. I will always remember his generosity. Rest in Peace Andy.
Comment Share
Share via:
JA

Posted Feb 28, 2021 at 09:26am
Andy was like a father to me. He was always there to help me with my farm and was there to help take care of my family. I enjoyed helping him work, because he taught me how to do so much.
Comment Share
Share via: 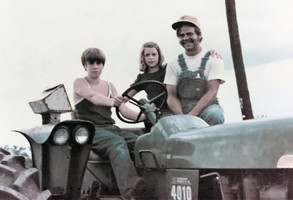 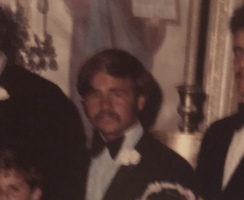