To share your memory on the wall of James Grazier, sign in using one of the following options:

Jim was born July 8, 1938 in Tipton, Mo., the son of the late Sherman and Louise (Coventry) Grazier. He was married on October 6, 1962, at the First Presbyterian Church in Jefferson City, Mo. to Linda Lee Schneider, who preceded him in death on February 3, 2018.

Following his retirement, Jim continued to work in the automation field at State Farm Insurance Company in Columbia. He also volunteered as an IT technician a few hours each week and as a personal income tax preparer.

He was a longtime member and Elder of the First Presbyterian Church. He was also a member of the Jefferson Lodge #43 A.F. & A.M. Jim enjoyed the company of friends at various morning coffees when he could, including the Wears Creek Yacht Club.

Jim was incredibly proud of his family and always supportive of his wife, children, grandchildren and great-grandchildren. He enjoyed their successes and adventures, and loved being a part of them.

Jim was preceded in death by his parents; his wife of 55 years, Linda Grazier; two sisters, Betty Wright and Donna Roush; and a brother, George Grazier.

A webcast of the funeral service will begin at 11:00 a.m. Tuesday for friends that are not able to attend by going to the "photos and videos" tab of his page and scrolling down to the webcasting link.

To send flowers to the family or plant a tree in memory of James Kenneth Grazier, please visit our Heartfelt Sympathies Store.

Posted May 31, 2021 at 10:27pm
Wishing you peace to bring comfort, courage to face the days ahead and loving memories to forever hold in your hearts.

Posted May 26, 2021 at 10:57am
So sorry to hear of Jim's passing. Known him for a long time, we had a lot of good times around the Grazier farm when we were kids. And lots of good conversations after we grew up. Was a super nice guy. Deepest sympathy to all the family.

Posted May 23, 2021 at 01:25pm
I’m so sorry to hear of Jim’s passing. I met him at the ‘live strong’ program at the YMCA in 2019. He was the only man in our group but fit right in. He and I had so much in common. He had had the same surgery my husband had and even by the same doctor in St. Louis and we had both recently lost our spouses. We all surprised him with a ham and bean lunch on our last day because he had mentioned that was one of his favorites and he didn’t cook much. He and I even walked the circle together at the American Cancer Society event that year at the fair grounds. We kept in touch a few times after that class...such a kind man. I’m glad I had the chance to get to know him. My thoughts and prayers are with his family. I know he will be missed.

Julie and Family. You are in my thoughts and prayers in the passing of your Dad and Grandpa. May all the happy memories you have help ease your sorrow . My sympathy to you all. Shirley Woehr 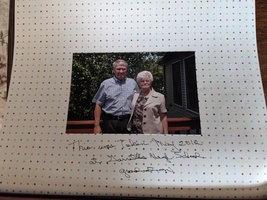 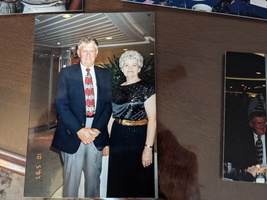 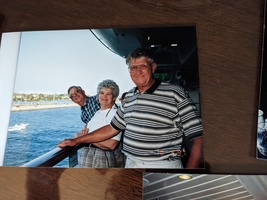