To share your memory on the wall of James Simmons, sign in using one of the following options:

Provide comfort for the family of James Simmons with a meaningful gesture of sympathy.

A lifelong resident of the central Missouri area, Jim graduated from Boonville High School in 1956. He went on to attend the University of Missouri-Columbia before serving our country in the United States Navy.

Jim enjoyed deer hunting and fishing with family and friends. Some of his favorite times were fishing trips to Canada.

Jim was preceded in death by his parents, Robert and Gertrude Simmons.

A private family memorial service will be held at a later time.

Posted Oct 05, 2019 at 07:32pm
My fondest memory dates back to the 90's. Recalling his appreciation of homemade cookies; I would travel downstairs where he sat in his favorite chair. He would belt out: "COOOO-KIEEEES!" That was all the thanks I needed. He was such a unique man who will be missed by many. My thoughts and prayers for comfort are with the entire Simmons family. Such a kind family.
Comment Share
Share via:
DC

Posted Oct 02, 2019 at 12:42pm
Condolences to Joan and family. I worked with Jim for many years. He was a great person loyal employee and his dry humor will always be remembered. his love of fishing stories. Etc...
Comment Share
Share via: 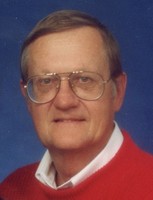