To share your memory on the wall of James \"Twink\" Landwehr, sign in using one of the following options:

Print
James Joseph “Twink” Landwehr, age 78, of Jefferson City, Mo., passed away Friday, June 26, 2020 at Barnes-Jewish Hospital in St. Louis, Mo. with family by his side.

A lifelong resident of the Jefferson City area, he enjoyed playing sports during his youth and learned to play golf at the age of 13 from his aunt, Minnie Landwehr. That passion continued throughout his life. Twink was a 1959 graduate of Helias High School and a member of the 1958 Helias State Champion Golf Team, the first State Championship for Helias in any sport. He went on to earn a Bachelor’s Degree in Accounting from the University of Missouri where he lettered on the Mizzou Golf Team.

In 1966, Twink began his 40-year career in insurance at the Winter Insurance Agency, which later became Winter-Dent & Company. When the agency’s principal owner died suddenly in 1980, he purchased the agency and served as its President until 1999 when he sold the company to his son, Louis. Twink valued continuing professional education and throughout his career he maintained the Chartered Life Underwriter (CLU) designation and was a member of the Life Underwriting Training Council. A man of honesty and integrity, he was always available with words of advice both in business and in life.

Twink was an active member of the Cathedral of St. Joseph, Knights of Columbus, Lions Club, and was a past president of Jefferson City Country Club.

He loved small game hunting, especially quail, in Central Missouri with his father and later hunting waterfowl with friends and family. Golfing was his favorite past time, and he could be found watching golf, Cardinal baseball and Mizzou sports in his spare time. Twink was an avid reader and especially enjoyed mystery novels. He had a passion for music and entertained family by playing the guitar, piano, and banjo. He cherished time barbecuing and was well known for his ribs.

Twink had a strong love for home and the Jefferson City community. Some of his favorite times with family were spent in Destin, Florida when the kids were younger, and on Seabrook Island, South Carolina at their vacation home after Twink retired.

He was preceded in death by his parents and three sisters, Margaret “Maggie” Montgomery, Mary Caird and Bette Doolan.

A Liturgy of the Word Service will be conducted at 11:00 a.m. Tuesday, June 30, 2020 at the Cathedral of St. Joseph with the Reverend Louis Nelen and the Reverend Monsignor Robert Kurwicki officiating. Private graveside services and interment will be held at Resurrection Cemetery.

Due to the pandemic, no formal visitation will be held. Friends may visit informally with the family before and after his service but it would be appreciated if everyone would wear a protective mask while visiting with his family.

A webcast of the funeral service will begin at 11:00 am Tuesday for friends that are not able to attend by going to the "photos and videos" tab of this page and clicking the webcasting link. Friends may mail sympathy cards to the funeral home or leave condolences online to be given to his family. A recording of his service will be posted to his memorial page a few days after his service.

To send flowers to the family or plant a tree in memory of James "Twink" Landwehr, please visit our Heartfelt Sympathies Store.

Receive notifications about information and event scheduling for James "Twink"

We encourage you to share your most beloved memories of James "Twink" here, so that the family and other loved ones can always see it. You can upload cherished photographs, or share your favorite stories, and can even comment on those shared by others.

Posted Jun 30, 2020 at 08:59am
Twink was such a dear friend. We will feel his spirit around us forever. He will always live in our heart.
We have many great memories of good times with him and Linda. He has a great heart and soul and I pray the good Lord will lift us up someday to be with him again. I am sure he is at peace right now, breathing fresh air, with Bubba at his feet.
Love you,
Eve and Tom
Comment Share
Share via:
KR

Posted Jun 29, 2020 at 04:06pm
wow, the memories. I grew up across the street there on Fairmount. spent a lot of time with Twink and his father over the years. Obviously knew all the family, talked with Puddin a few years ago. Had meant to stop and visit on a trip up to MO, but just didn't get around to it. A great set of memories and life results.
Comment Share
Share via:
D

Posted Jun 29, 2020 at 11:05am
Linda, sending you light and love. Seems like yesterday riding to Belair school with you. Now our children are great friends too. Know we are thinking of you. Dianne Henley
Comment Share
Share via:
SR 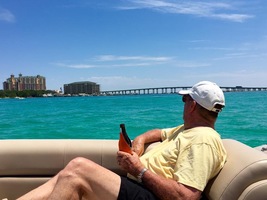 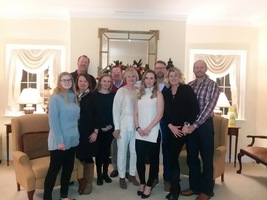 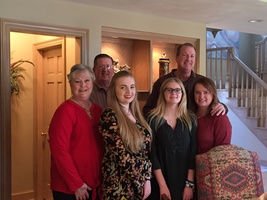