To share your memory on the wall of Jason Winters, sign in using one of the following options:

Provide comfort for the family of Jason Winters with a meaningful gesture of sympathy.

Print
Mr. Jason L. Winters, age 41, of Holts Summit, Mo. was unexpectedly called home to be with his Lord and Savior Jesus on Wednesday, February 27, 2019.

He was born February 19, 1978 in Columbia, Mo., the son of Charles Franklin and Karen K... Read More
Mr. Jason L. Winters, age 41, of Holts Summit, Mo. was unexpectedly called home to be with his Lord and Savior Jesus on Wednesday, February 27, 2019.

He was born February 19, 1978 in Columbia, Mo., the son of Charles Franklin and Karen Kay (Antweiler) Winters. Jason was married on February 12, 2000 in Holts Summit to Jamesa (Steele) Winters, she survives in the home.

Jason had a strong work ethic and always strove to work hard to provide for his family. He recently worked with SAS Inventory that assisted the two Gerbes Superstores in Jefferson City.

He was a faithful member of Living Bread Family Church of God in Fulton, Mo. and passionate about sharing his faith with others. Jason loved sharing his faith through music and was blessed to be able to play all string instruments, especially the guitar and piano. Some of his favorite memories were playing gospel music accompanied by his wife and he always had a song in his heart. He found comfort in studying the Bible and going to scripture gave him strength throughout his life.

Jason was spontaneous and was always ready to take a spur of the moment trip with his family or friends, especially visits to Branson. Jason had a knack for making people happy; he could always be counted on to lighten a mood or bring a smile to others. Above all, he cherished time with his family and cooking pizzas to share with his children.

Funeral services will be conducted at 1:00 p.m. Saturday, March 2, 2019 at Summit First Assembly of God with Pastor Thomas Mustain, Sr. officiating. Graveside services and interment will be held at Summit Memorial Park in Holts Summit, Mo.

In lieu of flowers, memorial contributions are suggested to the Jason Winters Memorial Fund.
Read Less

We encourage you to share your most beloved memories of Jason here, so that the family and other loved ones can always see it. You can upload cherished photographs, or share your favorite stories, and can even comment on those shared by others.

McMichael Realty sent flowers to the family of Jason Winters.
Show you care by sending flowers

Posted Mar 01, 2019 at 01:20pm
Karen,
We were so sorry to learn of Jason's unexpected passing in the paper this morning. We send our heartfelt condolences to you and your family. Unfortunately we will not be able to attend the visitation or funeral tomorrow as we have prior grand kid commitments. Please know that our thoughts and prayers are with you during this difficult time. May the memories your shared together be a source of peace and comfort for you. We know that Dad and the Grandparents were there to welcome him home.
We send our love and prayers .
Dave and Sharon Talken
Comment Share
Share via:
JC

Posted Feb 28, 2019 at 07:47pm
Remembering Jason and his loving, caring ways. He made us always feel so welcome and was so happy to see us when we went to visit. He was a dedicated father, husband, son and believer in almighty God. The visits will not be the same with him gone, he was a happy fun filled person. We loved him very much and know the angels rejoice in him coming home. His memory will live on in our hearts as long as we are on this earth. We love all of you and pray Gods blessing on you always.

With All Our Love 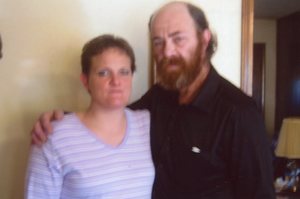 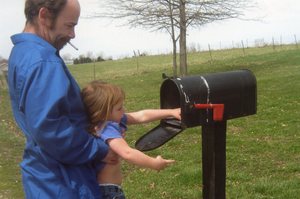