To share your memory on the wall of Jay Bosch, sign in using one of the following options:

Jay was employed in various positions working with SEMA from 2005 to 2012, he then went on to work with Focal Point Inc. from 2013 to 2016. He currently was the director of business development for AVI-SPL working with audio video integration technology.

He was a man of faith and a life-long believer. Jay was raised and baptized in the Memorial Baptist Church and most currently held membership at First Presbyterian Church. He had a passion for serving the Lord and was active with the church in numerous ways. He served as a deacon, was recently appointed Co-Chair of the church safety committee and helped as a Thanksgiving meal volunteer for the church congregation for many years.

Jay was one of a kind. He made every person he met feel special, never forgot a face or a name and made life-long friends everywhere he went. Jay’s sentimental nature drove him to truly pour his heart into his relationships with friends and family and he nurtured them fervently. Jay exercised his creative nature through art, interior decorating and even landscaping— always sure to maintain a flawlessly decorated home and beautifully manicured lawn. He was not only the life of the party; Jay was the party. He was the planner, entertainer, host and cook for countless events over the years. Jay found immense joy in gathering friends and family together to share time, laughs and good food. He and his husband owned a home at the Lake of the Ozarks which quickly became a favorite getaway for them both. Together, Jay and Bill embarked on many cruises, made an abundant number of friends, witnessed many treasured sunsets, and most importantly, shared the love of a lifetime for almost 30 years.

Funeral services will be conducted at 10:00 am Friday, April 30, 2021 in the Freeman Chapel with Reverend Angela Madden officiating. Graveside service and interment will follow at Hawthorn Memorial Gardens.

A webcast of the funeral service will begin at 10:00 am Friday, April 30, 2021 for friends that are not able to attend by going to his memorial page on Freeman Mortuary’s website. Friends may mail sympathy cards to the funeral home or leave condolences online to be given to his family.

To send flowers to the family or plant a tree in memory of Jay Bosch, please visit our Heartfelt Sympathies Store.

Receive notifications about information and event scheduling for Jay

We encourage you to share your most beloved memories of Jay here, so that the family and other loved ones can always see it. You can upload cherished photographs, or share your favorite stories, and can even comment on those shared by others.

Brenda (Smith( Van Slyck & Family, Peter and Scott, and other have sent flowers to the family of Jay Bosch.
Show you care by sending flowers

Posted Apr 27, 2021 at 05:28pm
We were fortunate to work with Jay if only for a short time. We share our sincere condolences. Dean Heckler and the Heckler Team.

3 trees were planted in the memory of Jay Bosch

Sorry for the loss of your husband. From reading the obituary, you can tell what a great person he was. My prayers to you and his entire family.
Comment Share
Share via:
JP

Posted May 01, 2021 at 11:18am
Our thoughts are with you in this difficult time. Jay Bosch was such a pleasure to work with, and we are so grateful to have known him.

Posted Apr 30, 2021 at 02:57pm
Sending my deepest sympathies, Jay was one very special guy who was thought of very highly by all that worked with him. His smile and character would always bring me a smile. I am so terribly sorry for your loss. Very best regards, Cynthia Williams AVI-SPL
Comment Share
Share via:
TK

Posted Apr 30, 2021 at 12:17pm
Our deepest sympathies to Bill and the entire Bosch Family. Just being neighbors and friends and the opportunity to know Jay was very special to Barbara and myself. Even though we are over a thousand miles away being able to see and observe his Celebration of Life was very special to us. We will always miss you, but you will always be in our hearts and memories. 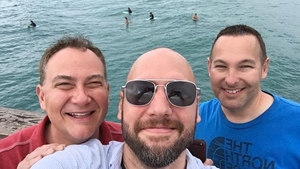 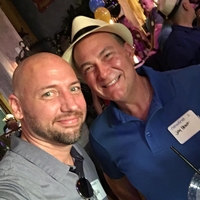 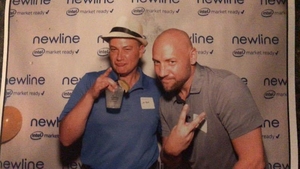