To share your memory on the wall of Jeannette Smith, sign in using one of the following options:

Provide comfort for the family of Jeannette Smith with a meaningful gesture of sympathy.

Soupie and Jeannette owned and operated Dix Nursery and Garden Center in Jefferson City until their retirement in 2012. Jeannette was the bookkeeper through the years and she truly enjoyed visiting with all the customers. She also had been employed working with medical records at Charles E. Still Hospital.

Jeannette loved spending time at their cabin at the Lake of the Ozarks, watching Missouri Basketball and was an avid reader. Most importantly, she cherished time with her family, especially her grandchildren. Family was always the center of her life and she was the one who always kept everyone in line but also provided a lot of laughs.

She was preceded in death by her parents; her husband of fifty years, Soupie Smith; and one brother, James M. Glover.

Funeral services will be conducted at 12:00 Noon Friday, December 28, 2018 in the Freeman Chapel with the Reverend Dr. David Henry officiating. Graveside services and interment will be held at Riverview Cemetery.

In lieu of flowers, memorial contributions are suggested to the First Presbyterian Church or the American Diabetes Assn.
Read Less

To send flowers to the family or plant a tree in memory of Jeannette A. Smith, please visit our Heartfelt Sympathies Store.

Receive notifications about information and event scheduling for Jeannette

We encourage you to share your most beloved memories of Jeannette here, so that the family and other loved ones can always see it. You can upload cherished photographs, or share your favorite stories, and can even comment on those shared by others.

Posted Dec 28, 2018 at 05:39pm
Dear Scott...sending my condolences to you and your family ... such a special lady your mother was and when I think of her I see her always smiling pretty face ... she was so proud of you boys. Love to you from Oregon where I’m now living close to my boys. Nancy Gaines Jones
Comment Share
Share via:
VG

Posted Dec 27, 2018 at 10:28pm
Scott-very sorry to hear of the loss of your mother. I remember her and your father as well. You and your family are in my thoughts-Valarie Goller-Kansas City.
Comment Share
Share via:
Posted Dec 27, 2018 at 04:11pm
Oh so very sorry to see this beautiful lady pass away. Loved her so! Have fond memories of her, Soupie and my parents laughing and telling GRAND stories! So much fun growing up around Dix Nursery and the whole family. Our hearts and prayers are with you, Ross, Scott and Kent. She was very specail and did a fine job with you 3! Love to you all, Annie, Matt, Brooks and Shirley Jarrett.
Comment Share
Share via:
DW

Posted Dec 27, 2018 at 12:53pm
I’m so so sorry for the loss of your mom. She was an incredible lady, so sweet and loving. She is a permanent fixture in my memories growing up with her and your Grandmother. Sending hugs and prayers to you all!
Donna (Walz) Ward
Don and Norma’s daughter
Comment Share
Share via:
RB

Posted Dec 27, 2018 at 12:43pm
“God is our refuge and strength, A help that is readily found in times of distress” Psalms 46:1. My deepest condolences to the Smith family for the loss of your dear loved one. Please know that the Almighty God is with you to comfort and sustain you through this difficult time, Philippians 4:6, 7 & 13, and give you hope Acts 24:15.
Comment Share
Share via: 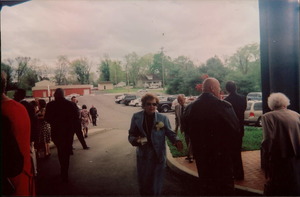 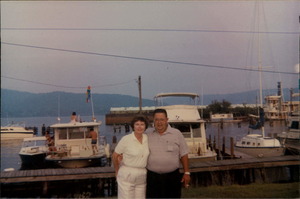