To share your memory on the wall of Jennifer Kemp-Oestreich, sign in using one of the following options:

Jennifer was born on July 10, 1969 in St. Louis, Mo., the daughter of Arthur and Barbara (Klump) Kemp. She was married to Jim Cornelius on October 31, 1994 at St. Thomas in the Virgin Islands and to this marriage her three daughters were born. She was married on May 18, 2011 in Forsyth, Mo. to George L. Oestreich who survives at home.

Jennifer possessed a strong work ethic her entire life and began working as a pharmacist at Walgreens for almost ten years in St. Louis, Mo. She moved to Jefferson City, Mo. and started working as a contractor with Missouri Health Net working with Xerox and Conduent until 2014. Jennifer then went on to work as a principal and the president for G.L.O. & Associates a general healthcare consulting group in 2014 to this present day.

Jennifer enjoyed the quiet times with her family and never needed anything fancy. She always looked forward to family time: watching movies, tackling puzzles, or family game night where she made sure everyone followed the rules. Many memories were made on vacations, visiting their lake house, road trips and holiday family gatherings. She had a soft place in her heart for animals, especially her dogs and cats. She spent many hours on the internet finding unique gadgets and toys for her pets.

Being a mother, wife, daughter and sister were her most important roles and she constantly thought of others before herself. She was always there for family, even from an early age, she helped her mother care for her siblings because she was the oldest. She will be remembered for her strong work ethic, unselfish demeanor, and ability to always put her best effort forth. She taught her daughters the value of education and that anything is possible, if you work hard to achieve it.

She was preceded in death by her father, Arthur M. Kemp in April 2010.

Visitation will be at the Cathedral of St. Joseph from 10:00 a.m. until 11:00 a.m. Thursday, December 10, 2020. The general public is welcome to attend the visitation and service. Any attendees are required to wear a protective mask and observe social distancing.

A Mass of Christian Burial will be conducted at 11:00 a.m. Thursday, December 10, 2020 at the Cathedral of St. Joseph with the Reverend Monsignor Robert Kurwicki officiating. Private graveside services and interment will be held at Jefferson Barracks National Cemetery in St. Louis, Mo on a later date.

A webcast of Jennifer’s Mass will be available to view at 11:00 a.m. Thursday for friends that are not able to attend by going to her memorial page on Freeman Mortuary’s website.

In lieu of flowers, memorial contributions are suggested to the Jennifer Kemp-Oestreich Scholarship Fund through St. Louis College of Pharmacy. Please mail any gifts in her memory to P.O. Box 95, Jefferson City, Mo. 65102.

To send flowers to the family or plant a tree in memory of Jennifer Kemp-Oestreich, please visit our Heartfelt Sympathies Store.

Receive notifications about information and event scheduling for Jennifer

We encourage you to share your most beloved memories of Jennifer here, so that the family and other loved ones can always see it. You can upload cherished photographs, or share your favorite stories, and can even comment on those shared by others.

Matthew Mauldin - Brian Cruse, Dale Masten and Family, and other have sent flowers to the family of Jennifer Kemp-Oestreich.
Show you care by sending flowers

Posted Dec 10, 2020 at 09:53pm
We know that words are inadequate at a time like this, but we wanted you to know how very sorry we are for your loss. We are very grateful that we had the opportunity to get to know Jennifer. She was a blessing in our life and will be missed. Sending thoughts and prayers your way.
Comment Share
Share via:
RB

Hello, you may not remember me, but Jennifer was a huge influence when we were younger. She was quiet and very intelligent, the exact opposite of myself. She kept me focused on my career path and education through high school and drove me to get my associates, bachelors and eventual masters degree. I know we were just kids at the time, but she also kept me out of trouble because I spent so much time with her. I will never forget how dedicated she was at helping with her siblings as well. You guys were great parents and role models.

I attended the funeral today and saw you and her girls up at the alter. I just learned about her passing last night so I'm still in shock. All I could muster to say was "sorry to hear about Jen". But I wanted you to know that not only my family but my parents also wanted to say sorry as well. She was a miraculous person and will be missed tremendously.

Posted Dec 10, 2020 at 11:55am
Jennifer, I told you repeatedly you were my hero and it remains as true now as ever before. You are the smartest person I've ever known. More importantly you are kind and truly cared about making the world a better place for everyone. You've had a huge impact on doing exactly that. I will always be grateful for the opportunities you've given me that allowed me to grow into a better professional and human being. I will miss you but I will do my best to honor your spirit by being the person you always encouraged me to be. I love you Jenn. My sincerest condolences to George, your children, your family and all of your friends, Rhonda and Bethany, especially. XOXO Jessie La Rue

Posted Dec 09, 2020 at 03:21pm
Dear Barb
I ran across Jennifer's obituary by accident today and realized she was yours and Sonny's daughter as I read it. I didn't
know her as she was younger than me, but I am so sorry for your loss. We lost our son 2 years ago suddenly and it puts the biggest hole in a mother's heart - an unfillable void. Please accept my deepest sympathy. It is a very hard road to walk alone so if you need to talk to someone don't hesitate to call. 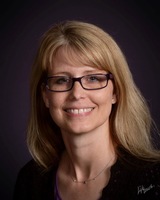 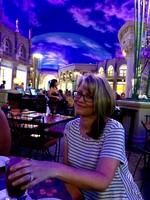 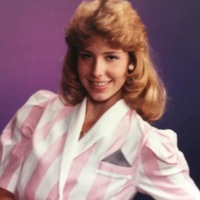 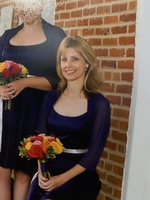