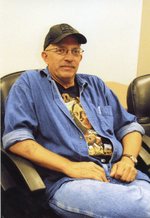 A lifelong resident of the Central Missouri area, Jerry graduated from Jefferson City High School and served in the United States Army from 1985 until 1992.

He was employed as a Corrections Officer with Algoa Correctional Center for over fifteen years until ill health forced his retirement.

Jerry enjoyed woodworking, fishing, target shooting, and collecting firearms. Most importantly, he cherished time with his family and friends.

He was preceded in death by his parents and three brothers, Johnnie Morgan, Allen Summers, and Terry Summers.

A Celebration of Life Service will be held at 4:00 p.m. Saturday, February 16, 2019 in the Freeman Chapel with the Reverend Jeff Higbie officiating. Military honors will conclude his service.

In lieu of flowers, memorials are suggested to the Goldschmidt Cancer Center.