To share your memory on the wall of Jesse Snyder, sign in using one of the following options:

Jesse was born on January 27, 1991 in Templeton, Ca., the son of Joel Stephen and Cherie Lynn (Pitt) Snyder. He was married on August 18, 2012 in Stringtown, Mo. to Jessica Marie Wunderlich.

Jesse spent his young childhood on the Central Coast of California where he enjoyed time at the beach. He moved to Jefferson City, Missouri in 2004 with his family, graduating from Eugene High School in 2010.

Jesse recently started working for Steady Paws, where he served the capacity of Facility Supervisor and was previously employed with Tyler’s Lock and Key for four years.

Jesse loved an eclectic mix of music and was a gifted musician, proficient in multiple string instruments. He was very artistic and hand painted his impressive D&D miniatures collection, a game he loved to play. Jesse loved to be in costume, making Halloween his absolute favorite holiday complete with family costumes and making Comicon an event he awaited with excitement. Jesse had a mind for numbers and there wasn’t a problem that he could not solve in his head. An inquisitive boy, Jesse was a very deep thinker even in his youth. He weighed his options, assessed the situation and made a calculated decision in all aspects of his life. He enjoyed a heated debate and could even be called stubborn. He was a man of substance and strong moral fiber. He was passionate in his convictions and was largely driven by justice. Most of all, Jesse was an attentive, loving and dedicated father. He enjoyed playing, teaching and spending quality time with his two children, and spent many hours playing Mario with his daughter. Jesse’s inviting smile, tender heart and protective nature will be sorely missed by his family and friends.

Funeral services will be conducted at 12:00 Noon Friday, May 21, 2021 in the Freeman Chapel with the Reverend John Long officiating. Graveside services and interment will be held at Riverview Cemetery.

A webcast of the funeral service will begin at 11:45 a.m. for friends that are not able to attend by going to his memorial page on Freeman Mortuary’s website.

In lieu of flowers, contributions are suggested to the two separate memorial funds that have been established in Jesse’s memory. Please make checks payable to the “Jesse C. Snyder Educational Fund”, to be utilized by his children, or to the “Jesse Snyder Memorial Fund”, to assist in covering funeral expenses, you may also donate toward the funeral expenses fund via Venmo using @jessesnydermemorialfund. Please mail checks to Central Bank at 500 Madison Street, Jefferson City, MO 65101-3161 or Freeman Mortuary at 915 Madison Street, Jefferson City, MO 65101.

To send flowers to the family or plant a tree in memory of Jesse Snyder, please visit our Heartfelt Sympathies Store.

Receive notifications about information and event scheduling for Jesse

We encourage you to share your most beloved memories of Jesse here, so that the family and other loved ones can always see it. You can upload cherished photographs, or share your favorite stories, and can even comment on those shared by others.

Rob, Melissa and family sent flowers to the family of Jesse Snyder.
Show you care by sending flowers

Posted May 22, 2021 at 12:09pm
It was a beautiful and moving service, I'm so glad we were able to join you. I was never able to meet Jesse, so I was surprised at how moved I was. I felt like I cried harder than I have at funerals for people I'd known my whole life and I couldn't understand why. The more stories I heard from his friends, the more I felt like he really was the kind of person (nerd) I'd have been friends with. When the final slideshow was over, and I saw his name in front of that image that would look awesome on my wall, it hit me like a rock. For nearly 14 years, I've been looking forward to meeting this amazing boy someday. With that final frame, I knew it would never happen in this life and it made me feel deeply sad.

My 13 year old son slipped in at some point to watch with us. I thought he was just curious because he's only been to one funeral when he was very young. I looked over and realized my son was crying too, even though he had only ever heard stories about his cousin (and watched a silly video from a trip Susann took with your family).

I realized that the relatives I've lost knew me as well as I knew them. They knew how I felt about them and knew the impact they'd had on my life. I realized Jesse will never know how much I wanted to meet him. He will never know how much his story touched the lives of people he never met. His life made ripples that spread into the world and those wonderful memories will live on in his weird uncle he never met. And in a little boy 2000 miles away who would have been so impressed by his cool cousin.
Comment Share
Share via:
CS

Thank you for posting this. It means so much that you took the time to share.
CB

Posted May 21, 2021 at 12:49pm
When I remember Jesse, I think of music, art and kindness. I pray peace and comfort for all of his family and friends.
Comment Share
Share via:
CS

Thank you so much.
JD

Thank you so much. We love you both and will be leaning on you for support through this.
SG

Posted May 21, 2021 at 05:30am
I remember having him over to my parents house to go in our above ground swimming pool. We would do the big whirlpool thing and stop to float in a circle and then there was him singing to my mother and me to help my mother's headaches... It was so soothing and beautiful. He was so sweet and very aware of others feelings. When he would visit he always had something he learned or could do, that he couldn't wait to show me. The very last time I saw him was when I went with his family for a two week long drive to Missouri and see their new home. I was crammed between Jordan and Jesse in the back seat. It was a great trip of fun and laughs and some squishyness... I loved every minute of it. He was a really good friend really and I'm going to miss him so much. I love you Jesse! ❤️
Comment Share
Share via:
CS

Thank you for all the comfort, Susan. Jesse was so lucky to have you in his childhood and I know he had fond memories of his time with you.
CS

Thank you for all the comfort, Susan. Jesse was so lucky to have you in his childhood and I know he had fond memories of his time with you. 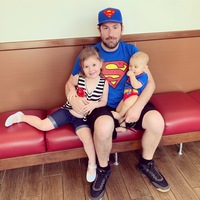 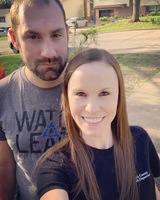 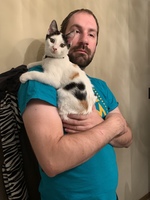