To share your memory on the wall of Joan Ward, sign in using one of the following options:

Joan was born on January 2, 1931 in Shelbina, Mo., the daughter of Bryan and Eula Ray (Dickson) Crawford. Growing up in Shelbina, Joan was a 1949 graduate of Shelbina High School.

A resident of Jefferson City since 1954, Joan possessed a strong work ethic during her 30 year professional career. She was employed as the executive secretary to the director of the Division of Industrial Inspection, State of Missouri for numerous years. She later worked for 20 years in the Loan Processing Department at Mutual Savings and Loan until her retirement in January 1993.

Joan was a faithful member of First Baptist Church in Jefferson City. She enjoyed her involvement in the senior choir and Sunday school. Joan was a 50 year member of the Order of the Eastern Star, Victoria Chapter #14.

During her free time, she cherished time raising her boys and supporting them growing up. Joan rarely missed youth baseball games or being a part of their activities. She even served a term as Den Mother during their time in cub scouts. She also enjoyed both indoor and outdoor flower gardening, crossword puzzles, crocheting and cross stitch.

Joan will be remembered for her caring heart, fierce independence and being an amazing role model for her two sons. She instilled a belief in her sons the importance of family and staying together.

Joan was preceded in death by her parents.

Private graveside services and interment was held at Shelbina Cemetery in Shelbina, Mo. Friends and family can watch a recording of her graveside service by going to the "photos and videos" tab of this memorial page and scrolling down to the "webcasting" link.

To send flowers to the family or plant a tree in memory of Joan C. Ward, please visit our Heartfelt Sympathies Store.

Receive notifications about information and event scheduling for Joan

There are no events scheduled. You can still show your support by sending flowers directly to the family, or planting a memorial tree in memory of Joan C. Ward.
Visit the Heartfelt Sympathies Store

We encourage you to share your most beloved memories of Joan here, so that the family and other loved ones can always see it. You can upload cherished photographs, or share your favorite stories, and can even comment on those shared by others.

Posted Jan 17, 2021 at 10:58am
Growing up on Pamela and remembering your Mother as a nice, hard working lady I'm so sorry for your loss.
Comment Share
Share via: 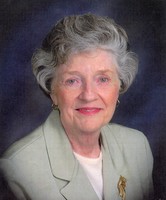