To share your memory on the wall of JoAnne Saucier, sign in using one of the following options:

Provide comfort for the family of JoAnne Saucier with a meaningful gesture of sympathy.

She was born on October 4, 1959 in Jefferson City, Mo. the daughter of Bobby and Anna (E... Read More
JoAnne “Jo” Saucier, age 59, of Jefferson City, Mo., passed away Tuesday, July 2, 2019 at the University of Missouri Medical Center in Columbia.

She was born on October 4, 1959 in Jefferson City, Mo. the daughter of Bobby and Anna (Eckert) Smith.

Jo loved being a grandmother and was lovingly called, Nina. She enjoyed playing Bingo and games on her phone and had many fond memories of swimming and boating on the Osage River.

Jo was preceded in death by her parents, Bobby and Anna Smith.

Jo’s family will conduct a memorial service at a later date.

In lieu of flowers, memorial contributions are suggested to the JoAnne Saucier Memorial Fund to assist her family with final expenses.

We encourage you to share your most beloved memories of JoAnne here, so that the family and other loved ones can always see it. You can upload cherished photographs, or share your favorite stories, and can even comment on those shared by others.

Posted Jul 08, 2019 at 05:04pm
Jo Jo I’ll will always treasure all my memories of you and all the fun we all had in my heart forever. God Bless all your family in this time of need especially RIP ❤️ My Friend
Comment Share
Share via: 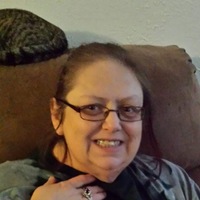