To share your memory on the wall of John Bax, sign in using one of the following options:

Provide comfort for the family of John Bax with a meaningful gesture of sympathy.

John was raised in St. Louis until his family moved to St. Elizabeth where he was a 1970 graduate of St. Elizabeth R-IV High School.

John always had a strong work ethic and started working with McGraw Edison out of high school for several years. He later began his job delivering and handling materials for heating and plumbing jobs for over 15 years with various companies that include: Capital Supply Heating and Plumbing, Central Missouri Plumbing, and Environmental Engineering. John retired after working for six years with Scholastic Inc. in February 2017.

One of John’s main passions was playing and watching baseball. He grew up playing catcher and played throughout his life on various teams and leagues throughout the state. Some of those teams had quite a bit of success and he was proud to be a part of the 1963 Missouri/Illinois Khoury League Championship Team, the 1964 Missouri Khoury League Championship Team and the 1980 and 1984 Osage League Championship Teams. John was also invited to several professional tryouts, but an even greater achievement was watching his sons succeed in their endeavors on the baseball diamond. He was always in the stands cheering and coaching them on throughout their careers. When he wasn’t playing or supporting, one of his favorite places was sitting on his deck listening to the St. Louis Cardinals, his favorite team.

An avid sportsman, John found peace being outdoors. He loved to fish the Big Tavern Creek, deer hunt, and quail hunt with his dogs. He considered his bird dogs family and they had a special place in his heart for the joy they brought him in the fields. With his love of history, he looked forward to hunting Native American artifacts and arrowheads in the bottom grounds of the Big Tavern.

John will be remembered for his gentle and humble demeanor who was content with a simple life. He possessed a unique sense of right and wrong which he instilled deeply into his three sons. John loved spending time with Marlene in their garden, being with his sons around the baseball field, and spoiling his grandchildren. His four brothers were his best friends and he cherished their close relationship.

He was preceded in death by his parents; sister, Kerry Booth; brother, Joe Bax; his bird dogs, King, Rex and Lady; and his favorite childhood dog, Ringo.

Ryan & Tonya Dickneite. Josh Hamilton, Bob and Kay Lannert, and others have sent flowers to the family of John S. Bax.
Show you care by sending flowers

The FTD Vibrant Sympathy Planter was purchased for the family of John Bax. Send Flowers

Posted Jun 25, 2019 at 09:45pm
Wishing you peace to bring comfort, courage to face the days ahead and loving memories to forever hold in your hearts. 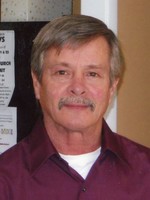