To share your memory on the wall of John Curry, sign in using one of the following options:

Print
Mr. John Michael Curry, 89, of Jefferson City, Mo., passed away on Thursday, December 3, 2020 at home surrounded by his family.

John was a graduate of Redemptorist High School in Kansas City, Ks. He went on to receive his bachelor’s degree from Rockhurst University.

John enlisted in the United States Navy during the Korean War. After returning home, John was employed by Southwestern Bell in various positions in both Kansas and Missouri for a total of 43 years. On January 1, 1993, John retired as the Executive Director of Government Affairs.

John was a member and past president of the Jefferson City Country Club, a member of the Rotary Club in both Joplin and Ferguson, Mo., and he was a District Executive of the B.S.A. Gateway Council. John was an ordained lector and communion minister at St. Peter’s Catholic Church.

He was an avid reader from an early age and would make weekly trips to the library coming home with five or more books each week. He loved to play golf and would do so with whomever could put up with him for 9 holes. He was proud of his Irish heritage and was known to belt out Oh’ Danny Boy if the mood struck him.

He was preceded in death by his sisters, Joanne Cates and Sharon Rimann.

Graveside services will be held at 2:00 PM Thursday, December 10, 2020 at Hawthorn Memorial Gardens for family and friends.

A webcast of the graveside service will begin at 2:00 PM Thursday for those that are not able to attend by going to his memorial page on Freeman Mortuary’s website.

To send flowers to the family or plant a tree in memory of John Curry, please visit our Heartfelt Sympathies Store.

Posted Dec 09, 2020 at 03:36pm
Sean our thoughts and prayers are with you and your family during this very difficult time. Our sincerest sympathies.

3 trees were planted in the memory of John Curry

Posted Dec 05, 2020 at 04:27pm
Uncle John gave us so many wonderful and loving memories. What a generous heart and a generous laugh! We will miss him dearly. Sending our love.

3 trees were planted in the memory of John Curry

Posted Dec 14, 2020 at 06:26pm
Sorry to hear about your Father, I though we was such a cool guy to hang with back in my young days!
Remember the fond memories & deepest Sympathy to all the Curry's
Sincerely, Steve & Mindy Loethen
Comment Share
Share via:
MC

Posted Dec 11, 2020 at 12:02am
Words can not express the sorrow of my Uncle John’s passing. The world is truly a lesser place without him in it. However, he would not want people dwelling in sorrow of his departure but reveling in the times they enjoyed with him. As a young child, the summer trips with our family and his to a remote Missouri river were the highlight of the summer. No air conditioning, no tv’s, no fancy hotels, just a couple cabins (with bathrooms and showers at the behest of our mothers I’m sure) and a river, and it was the best. Then there were the thanksgiving dinners. Once again a house full of family and a house full of fun-especially when John would take out his teeth and nip at the youngest of us. Family was the hallmark of Uncle John and even if you weren’t family he would treat you as though you were. In my “troubled” high school days my mouth often outran my common sense. Facing two fairly undesirable options for school in KC, Uncle John provided a promising third. Come live with him and attend Jeff City. I took him up on the offer and he welcomed me in as the 8th kid of the clan. I had to learn to live under his rules but they were fair and again the times were fun. I regret never telling him how much that meant but I’m sure he knew-he always knew...everything. I swear napping in that recliner gave him a third eye to the universe. Any time spent with him would bring a smile. Crappy shot on the course he’d have a witty comment to make you laugh. Great shot on the course he would remind you how the game would humble you-then make you smile with a compliment. I will certainly miss him, but he has left a bit of himself in everyone he has touched (and those are many) so he will never be gone. I look forward to the near future when we can all get together for a proper Curry funeral and celebrate his life.
Comment Share
Share via:
SR 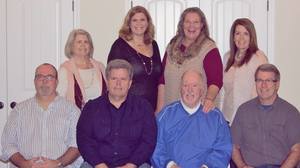 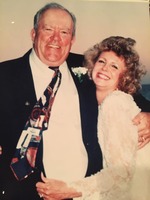 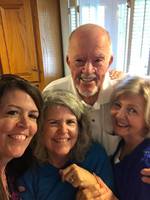