To share your memory on the wall of John Higdon, sign in using one of the following options:

Print
John Edward Higdon was born on June 5, 1947 in Moberly, Missouri. His parents were Betty J. Higdon and Edward J. Higdon. He died on October 12, 2020 in Jefferson City, Missouri.

During his early years, John lived with his family on a f... Read More
John Edward Higdon was born on June 5, 1947 in Moberly, Missouri. His parents were Betty J. Higdon and Edward J. Higdon. He died on October 12, 2020 in Jefferson City, Missouri.

John graduated from Macon High School in 1965. He subsequently studied at the University of Missouri in Columbia and at Northeast Missouri State College in Kirksville. For many years he worked as a desk clerk in hotels in Jefferson City. He enjoyed listening to music and playing the piano, and he was also an avid reader.

John is survived by his brothers, William Higdon of Dripping Springs, Texas, and Robert Higdon of Corvallis, Oregon. He is also survived by two nephews, two nieces, and four cousins. His kind nature and his sense of humor will be long missed.

A private family commemoration will be held at a later date.

To send flowers to the family or plant a tree in memory of John Edward Higdon, please visit our Heartfelt Sympathies Store.

There are no events scheduled. You can still show your support by sending flowers directly to the family, or planting a memorial tree in memory of John Edward Higdon.
Visit the Heartfelt Sympathies Store 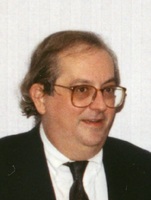