To share your memory on the wall of John Pendleton, sign in using one of the following options:

A lifelong resident of the Central Missouri area, John graduated from Vienna High School in 1964. John went on to serve his country in the United States Army. While stationed in Korea during the Vietnam War, he worked as an automotive mechanic. John was a proud member of the Veterans of Foreign Wars.

John was an expert in his trade and according to his children he “could fix anything.” In addition to lawnmowers, he was known to get chainsaws, bicycles, four-wheelers, scooters and even coffee makers back into repair. He used this expertise to run his own business, John Pendleton Lawnmower service, for over 30 years where he specialized in small engine repairs. He was also the Owner/Landlord of Pendleton Mobile Home Park where he always tried his best to be fair and compassionate.

He enjoyed being at his shop or at home the most, but could be happy no matter where he was. John enjoyed being outdoors, flying his drones or riding scooters. He also loved finding the best bargains on Ebay and getting his “presents” in the mail.

John was a very loving, patient, hardworking, trusting, trustworthy, and generous man; but also, strong and just a little stubborn! He was always willing to lend a helping hand to anyone in need. He instilled all these values in his children and grandchildren, along with teaching his family how to be self-sufficient and patient.

John was preceded in death by his parents, his first wife, Shirley Pendleton, and their son, John Pendleton.

Visitation will be held at Freeman Mortuary from 10:00 a.m. until 11:30 a.m. Thursday, March 25, 2021. A Celebration of John’s Life will be held immediately following his visitation in the Freeman Chapel. Graveside services and interment with military honors will follow at Pendleton Cemetery near Meta, Mo. The general public is welcome to attend the services while following social distancing guidelines. Due to John’s laid-back personality, casual attire is highly encouraged.

A webcast of the service will begin at 11:30 a.m. Thursday for friends that are not able to attend by going to his memorial page on Freeman Mortuary’s website.

To send flowers to the family or plant a tree in memory of John E. Pendleton, please visit our Heartfelt Sympathies Store.

Flowers were purchased for the family of John Pendleton. Send Flowers

Posted Mar 22, 2021 at 11:50am
So sorry for your loss. John was always a kind and patient man. I will miss him. Praying for family in this time.
Comment Share
Share via:
LF

Posted Mar 21, 2021 at 09:56am
Eric, Robby, Joyce and Family I am so sorry about the loss of your father and husband.. He truly was a one of a kind man. I learned so much from him working with him for about 4 years. Not only mechanically but numerous other life lessons. He was one of the hardest workers you could find. He genuinely cared for and would help out so many that crossed his path. I think he enjoyed talking to and getting to know his customers as much as he enjoyed fixing their things. He never seemed to lose his cool always having a lot of patience with the things he worked on and the people around him. He will be missed by many. I will be keeping you all in my prayers.
Elijah Kissock
Comment Share
Share via:

Posted Mar 20, 2021 at 09:38pm
Lori and family, I am so sorry for the passing or your father. Will keep your family in my prayers .
Beth Bock
Comment Share
Share via:

So very sorry for your loss. John was a kind and gentle man. My husband was his employee and spoke highly of him and how patient and caring he was. He had a way with people. May the Lord bless you and yours in your time of sorrow. Roy and Linda Welch 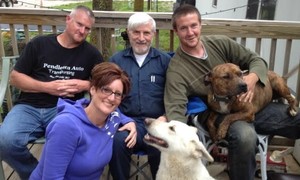 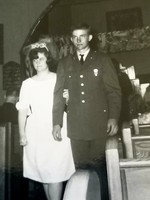 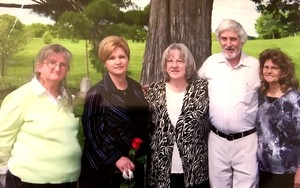