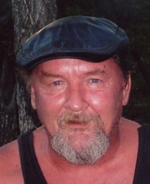 Juewl was born on September 12, 1953 in Boonville, Mo., the son of Adolph and Margaret (Holiday) Hicks. He was married on July 29, 1983 in Jefferson City, Mo. to Rita Carver who survives at home.

He proudly served in the United States Army during the Vietnam War as a Private First Class.

Juewl was known as a handyman and could always be found doing odd jobs or working in construction. He also drove a truck for Laidlaw and will always be known for his big heart. The old saying “he never met a stranger” was absolutely true of Juewl; he greeted all with a smile and was willing to do anything he could for others.

He enjoyed being outdoors, whether he was working construction, repairing cars or riding the roads on his motorcycles. He was a gifted marksman with a gun and was an avid pool player.

Juewl had a healthy sense of humor and enjoyed making others laugh. From the time he was a boy, he loved playing pranks on friends and family. He looked forward to family BBQ’s where everyone was together sharing meals. To Juewl, there was no greater gift than the love of family.

In lieu of flowers, memorial contributions are suggested to the American Cancer Society.