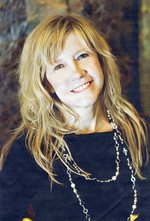 Kathy was a 1970 graduate of Granite City High School and went on to attend Southern Illinois University in Edwardsville, Illinois. She later realized her passion in life was working with dogs and went to Cornell University in Ithaca, New York to become a Certified Canine Behaviorist.

Kathy was a national award-winning dog trainer and especially loved working with service dogs. She never looked at dog training as a career and more of her calling. She had an incredible ability to communicate with dogs. Kathy was awarded the National Service Award from the Delta Foundation for her work and one of her trained dogs received the National Service Dog of the Year Award.

She will be remembered for her creativity and enjoyed painting during her free time. She was a producer and cast member in the “World Wide Magazine”; which was St. Louis’ most notorious cable show and ran from 1986 -2001.

She loved to spend time with her husband, Tim, at their vacation home in French Lick, Indinana – known for its lakes and national forests. She also traveled the world with him and cherished trips to England, Canada and Germany.

She was preceded in death by her parents and several of her beloved dogs.

Visitation will be held at Freeman Mortuary from 1:00 p.m. until 2:00 p.m. Saturday, October 12, 2019 with a Celebration of Life Service following at 2:00 p.m. in the Freeman Chapel. Friends will also be able to visit with Kathy’s family after her service.

In lieu of flowers, memorial contributions are suggested to the Humane Society of Missouri at 1201 Macklind Avenue, St. Louis, Mo. 63110 or Hospice Compassus at 600 Monroe Street, Suite 100, Jefferson City, Mo. 65101.