To share your memory on the wall of Kathy Oliver, sign in using one of the following options:

Provide comfort for the family of Kathy Oliver with a meaningful gesture of sympathy.

Kathy was born on September 13, 1947 in Fussen, Germany, the daughter of the late Ernest Wade Brown and Edith Hedwig Martha Brown. She was married on December 10, 1999 in Cole County to Jack Allen Oliver.

A resident of Jefferson City since 1965, Kathy, an Army brat, was raised and graduated from the American High School in Frankfort, Germany. She lived on several military posts before settling in Oklahoma and eventually Missouri.

Kathy was a beautician in Jefferson City for over 50 years, retiring in 2016. She worked at various beauty shops, and she also owned C & G hair salon early in her career.

Kathy loved visiting friends and family, and had a reputation as a wonderful cook. She enjoyed traveling, nature, spoiling her grandkids, and tending to her flowers. She also enjoyed taking vacations with Jack.

A funeral service will be conducted at 11:30 a.m. Monday in the Freeman Chapel with the Reverend John Forsythe officiating. Graveside services will follow at Riverview Cemetery.

We encourage you to share your most beloved memories of Kathy here, so that the family and other loved ones can always see it. You can upload cherished photographs, or share your favorite stories, and can even comment on those shared by others. 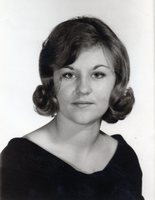