To share your memory on the wall of Kazuko Zimmerman, sign in using one of the following options:

Kazuko was born on February 12, 1929 in Nagano City, Japan, the daughter of Jiro Takabayashi and Kiyoko Ikeda. She later graduated from Veda Girls High School in Japan in 1946.

Kazuko met Charles David Zimmerman following WWII when she worked as a clerk at Yokota Air Force Base near Tokyo where he was stationed. After marrying on November 2, 1951, Kazuko accompanied Staff Sergeant Zimmerman in his further service at Hensley Field (NAS Dallas), Tx. and then Itazuke Air Base in Fukuoka, Kyushu, Japan. During his last tour of duty, Kazuko and family returned to the USA permanently in 1956 and he in 1959 after his retirement from service, to reside in Jefferson City. Charles preceded her in death on January 14, 1969.

Kazuko had converted to Christianity by this time and following her arrival in Jefferson City, she joined the First Baptist Church and spent an active, deeply religious life fully involved in myriad church activities. Kazuko continually completed academic and personal enrichment courses to improve her English and general knowledge.

After her husband’s death in 1969, Kazuko, a seamstress, began work in clothing alterations at Herman’s Department Store and then Schneider’s Men’s Wear. Afterwards she worked for 13 years in quality assurance at Unilever, all of Jefferson City. She retired in 1993.

She is survived by one son William J Zimmerman of Jefferson City, Mo., and one daughter, Asami Bartlow of Shawnee, Ks. She also had four grandchildren, Matthew, Kimberly, Amy, and Dylan; and one great-grandson, Maxwell; and four younger sisters, Shizuko Titamura of Ueda, Japan, Mieko Takabayashi of Tokyo, Japan, Utako Takiguchi of Mishima, Japan, and Waguri Takabayashi of Nagano, Japan.


She was preceded in death by her parents, husband, one son, Kim David Zimmerman, and one daughter, Naomi Kenney.

Kazuko will be cremated and memorialized privately according to her wishes.

In lieu of flowers, donations in her name may be sent to the Save The Children charity or to First Baptist Church of Jefferson City for Cooperative Baptist Fellowship Global Missions.

To send flowers to the family or plant a tree in memory of Kazuko T. Zimmerman, please visit our Heartfelt Sympathies Store.

Receive notifications about information and event scheduling for Kazuko

There are no events scheduled. You can still show your support by sending flowers directly to the family, or planting a memorial tree in memory of Kazuko T. Zimmerman.
Visit the Heartfelt Sympathies Store

We encourage you to share your most beloved memories of Kazuko here, so that the family and other loved ones can always see it. You can upload cherished photographs, or share your favorite stories, and can even comment on those shared by others.

Anika, thank you for your thoughts.
DK

Thanks David. And the same for you and yours.
LP

Posted Jul 07, 2020 at 11:20pm
Billy and Asami,
Mom and Dad (Joyce and Jake Phillips) were good friends with Kazuko. Kazuko and Mom spent hours volunteering at First Baptist Church, organizing newspaper articles and pictures of church members and former staff for the church library. You may remember that Naomi was in my wedding in 1974 as a really cute flower girl at J. C. First Baptist. Billy, I guess you realize it is time for our 50th Jefferson City High School Reunion. I always remember you as one of the brightest in our class. I'm sorry for your loss. Your mother, Kazuko, and Mom were so close.
Comment Share
Share via:
WZ

Linda, thank you for your kind thoughts. I remember their volunteer work at the church very well.
KS

Posted Jul 06, 2020 at 12:18am
Asami, I Am So Very , Very, Sorry for your loss. You have no idea how much I enjoyed helping you out when I did that time. She was one beautiful woman! Thank you for giving me that opportunity!

May you feel God’s peace and love all around you during these days. 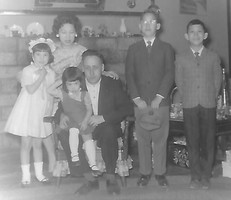 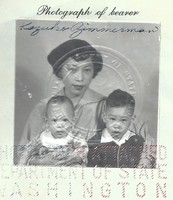