To share your memory on the wall of Keith Swanson, sign in using one of the following options:

He was born on February 9, 1959 in Escanaba, Michigan, the son of Donald LeRoy and LaVern Marie (Couillard) Swanson.

Keith earned his GED in 1976. He managed multiple convenience stores around the central Missouri area, including his most recent position with Breaktime in Holts Summit.

Keith loved to groove to some 60’s and 70’s “oldies” music. He was as nice as they come and in his younger years, quite a social butterfly. He could make friends with just about anyone. As a result of living in Chicago for a time, Keith was a dedicated fan of the Cubs, the Bears and the Bulls. He enjoyed watching T.V. and was most interested in Crime shows like NCIS. Keith had a dark and interesting sense of humor but you could trust that he would give you the shirt off his own back to someone in need.

He was preceded in death by his parents and his nephew, Cameron Homer.

Private services will be held at a later date.

In lieu of flowers, memorial contributions are suggested to the Keith Swanson Memorial Fund.

To send flowers to the family or plant a tree in memory of Keith Swanson, please visit our Heartfelt Sympathies Store.

Receive notifications about information and event scheduling for Keith

There are no events scheduled. You can still show your support by sending flowers directly to the family, or planting a memorial tree in memory of Keith Swanson.
Visit the Heartfelt Sympathies Store

We encourage you to share your most beloved memories of Keith here, so that the family and other loved ones can always see it. You can upload cherished photographs, or share your favorite stories, and can even comment on those shared by others.

Posted Apr 17, 2020 at 07:37pm
Keith was an awesome guy and he was outspoken to the ones he knew he will be missed by many
Comment Share
Share via:

Posted Apr 17, 2020 at 07:24pm
I met Keith about 2 1/2 years ago on our online golf game as well. We became good friends and I can contest that Keith would give you the shirt off his back to help you. He always had a good word to say about someone and never in a bad mood. We had many hours of enjoyment talking about everything under the sun. He will be missed sorely.
Godspeed and prayers for his family.
John Vanzant (aka JohnnyMill)
Comment Share
Share via:
CC

Posted Apr 14, 2020 at 03:46pm
Keith, we've known each other for about 6 years, never met, but I love you like my brother from another mother. I will think of you often,my brother for life. Will miss the laugh and when I kicked your butt playing golf, alto, not very often. Will meat in Heaven love you Keith. Your friend, Carl.
Comment Share
Share via:

Our prayers are with him and his family!

Posted Apr 14, 2020 at 02:23pm
Kieth was a member of our online golf league he was a good friend and was well liked by our members here. I always liked Kieth and would help him out when he got short near the end of the month by gifting him golf balls. I will miss him alot as will the rest of our league, R.I.P. my friend. Best regards from jack9593 (Jack Ritchie Essex Ontario Canada).
Comment Share
Share via: 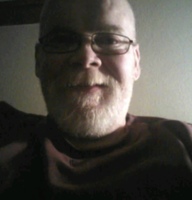 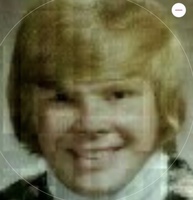 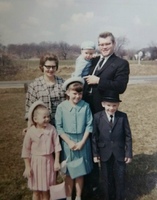