To share your memory on the wall of Kendra McDougle, sign in using one of the following options:

She was born on January 29, 1994 in St. Louis, Mo. the daughter of Terry Lee Smith and Victoria I. Hale. She was married on October 22, 2013 in Callaway County to Caleb Scott McDougle who survives at home.

A lifelong resident of the Central Missouri area, Kendra graduated from Jefferson City High School in 2012.

She went on to earn her certification in Pharmacy to work in retail management with Walgreens. She was currently working towards pursuing a career in cosmetology.

Kendra was a woman of faith, holding membership with Jobe’s Daughters International associated with the Freemasonry.

Kendra cherished being a mother; always making crafts or doing makeup and hair with her children who were the light of her life. She loved spending time with all her family, especially time with them on trips to Alabama and Mississippi to enjoy the many beaches and sightseeing at the casinos. Kendra was a huge Alabama fan “Roll Tide” and extremely fond of turtles. She had a passion for life and always enjoyed every moment, especially spending time with her grandmother, Wilma. She will be remembered for her caring and creative nature.

Visitation will be held at Freeman Mortuary from 4:00 p.m. until 5:00 p.m. Wednesday, July 17, 2019. A private memorial service will be held. Graveside services and interment will be conducted at the Pacific City Cemetery in Pacific, Mo. at a later date.

To send flowers to the family or plant a tree in memory of Kendra McDougle, please visit our Heartfelt Sympathies Store.

Print
A private memorial and graveside service will be held at a later date.

We encourage you to share your most beloved memories of Kendra here, so that the family and other loved ones can always see it. You can upload cherished photographs, or share your favorite stories, and can even comment on those shared by others.

Posted Jul 17, 2019 at 03:49pm
My condolences to the family and friends of Kendra. She is gone way too soon. I pray the family can find comfort in the memories they had with her.
Comment Share
Share via:
LJ

Posted Jul 17, 2019 at 03:29pm
Kendra always made me smile and was an amazing friend and mother and her beautiful smile will be
deeply missed
Comment Share
Share via:

Posted Jul 17, 2019 at 12:49pm
Kendra helped me pick out the engagement ring for proposing to my girlfriend she also helped me decide on the location, and planned to be there to secretly capture the moment on video.

She was like a little sister to me and I will miss her greatly.

Posted Jul 15, 2019 at 01:57pm
Please accept my most sincere sympathy for the death of your loved one. We can find comfort in the word of God because it assures us that "there is going to be a resurrection" (Acts 24:15).  God promises to give life back to millions of people who have died, and he desires to do so very soon.

We know this from what a servant of God from the past, Job, asked God: “If a man dies, can he live again?  I will wait all the days of my compulsory service (death) until my relief comes.   You (Jehovah) will call, and I (Job) will answer you. You will long for the work of your hands." (Job 14:14, 15) God is longing to give life back to those who have died.

Perhaps these words do not calm your pain but we are certain that God will resurrect all those who demonstrate faith in the sacrifice of His son, Jesus Christ. Reflecting on the divine promises found in the Bible will give you the hope and strength to keep going until all of God’s promises are fulfilled.  May these words bring you and your family much comfort from Jehovah God, the God of all comfort (2 Corinthians 1: 3, 4). 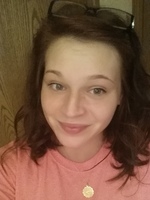 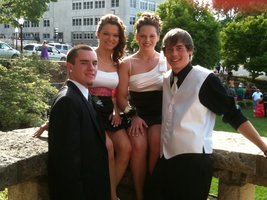