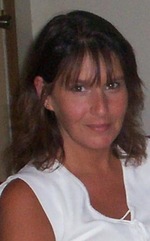 Kris was born on January 13, 1967 in Jefferson City, Mo. a daughter of James Donald and Louise Isabel (Connor) Werner. She was married on January 17, 1998 in Mexico, Mo. to Benjamin J. Mellott, who survives.

She was a homemaker the majority of her life and made family the center of her world. A perfectionist at heart, Kris was extremely particular about making her home feel clean and organized for any occasion. Kris put a lot of energy into making holidays special and would decorate the house for each holiday gathering. She was an amazing cook and never hesitated to cook for family that came over for a visit.

Kris enjoyed working in her flower and vegetable garden, a trait that she learned from her father. She was passionate about caring for animals and had quite a few pets throughout her life. Time outdoors watching the birds and wildlife was therapeutic the past few years as she fought hard to overcome cancer. Some other favorite ways to unwind from life were jigsaw puzzles, watching movies, reading a suspense thriller novel, listening to her favorite bands, and watching a thunderstorm come through on the deck.

Kris was a free spirit and told people she probably had too much fun when she was younger. She turned those experiences into one of her best gifts: giving good advice to family and friends. She will be remembered for her creative ways, fun personality and the pure love she shared with others.

She was preceded in death by her mother, Louise Werner; an aunt, Katherine Wallace; her loving dogs, Cookie, Tippy and Gracie; and cat, George.

A webcast of the service will begin at 3:00 p.m. Wednesday for friends that are not able to attend by going to the "photos and videos" tab on this memorial page and scrolling down to the webcasting link.