To share your memory on the wall of Kurt Wintermeyer, sign in using one of the following options:

A lifelong resident of the Central Missouri area, Kurt graduated from Southern Boone County School in Ashland, Mo. in 1977. He worked for Chesebrough Ponds as a Security Officer; this is where he met his wife. Kurt was also employed with Maytag, and lastly as a laborer for the Local 662 Laborers Union until his retirement in 2017.

He was a proud member of the National Rifle Association and a member of the American Legion. Kurt was a man of faith. He was baptized at the Hartsburg Baptist Church and maintained a relationship with his savior through his connection to God’s creation. He found solace and peace in talking to God while sitting on a riverbank with a fishing pole in his hand or walking through the woods. Appreciating the outdoors always had a way of strengthening Kurt’s faith.

Kurt liked to hunt, fish and watch both Cardinal’s baseball and the Kansas City Chiefs. He enjoyed traveling with his family and held fond memories of trips to Colorado, many visits to the Lake of the Ozarks and even experiencing Disney World as a child. He was social in his younger years, but enjoyed being close to home later in life. At home he was the King of the remote – and loved a good Clint Eastwood black and white. He had an ear for music and due to lessons as a child, was a talented pianist and gifted singer. Kurt had a laid-back demeanor and his sense of humor will be sorely missed by his family and friends.

Kurt was preceded in death by his parents and grandparents.

A private funeral service will be conducted January 29, 2021 with the Reverend Don Snyder and the Reverend Mike Quinn officiating. Graveside services and interment will be held at Hawthorn Memorial Gardens.

A webcast of Kurt’s service will be available to those not in attendance beginning at 10:45 a.m. Friday, January 29, 2021. You can access the live stream by going to his memorial page on the funeral home website and clicking on the “photos and videos” tab.

In lieu of flowers, memorial contributions are suggested to the National Federation of the Blind at 200 East Wells Street at Jernigan Place, Baltimore, Maryland 21230 or the Callaway Hills Animal Shelter 2714 State Rd Tt, New Bloomfield, MO 65063.

To send flowers to the family or plant a tree in memory of Kurt Don Wintermeyer, please visit our Heartfelt Sympathies Store.

Receive notifications about information and event scheduling for Kurt

There are no events scheduled. You can still show your support by sending flowers directly to the family, or planting a memorial tree in memory of Kurt Don Wintermeyer.
Visit the Heartfelt Sympathies Store

We encourage you to share your most beloved memories of Kurt here, so that the family and other loved ones can always see it. You can upload cherished photographs, or share your favorite stories, and can even comment on those shared by others.

Ron and Emma Smith and Jan and Chris's Arizona Family (Sunrise) sent flowers to the family of Kurt Don Wintermeyer.
Show you care by sending flowers

Posted Feb 06, 2021 at 05:20pm
Jan, Sharon, Jill and families - Since Kurt loved the outdoors, a memorial tree seemed fitting. Thinking of you all during this most difficult time.

Posted Jan 31, 2021 at 11:17am
So sorry for your loss. We enjoyed getting to know Kurt when he would come over and visit your mom, who lived next door to us. He was always kind and ready with a smile or a wave.
Comment Share
Share via:
RS

Ron and Emma Smith purchased the The FTD Comfort Planter for the family of Kurt Wintermeyer. Send Flowers

Posted Jan 27, 2021 at 06:08pm
To: The Wintermeyer Family, Our thoughts and prayers are with each of you during this time of sorrow. May the memories of Kurt bring happiness to you 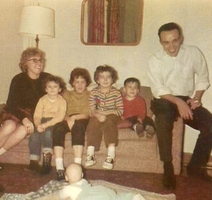 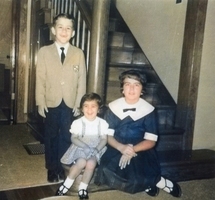