To share your memory on the wall of LaJeanne Luker, sign in using one of the following options:

LaJeanne was born on August 24, 1931, in Steele, Missouri, the daughter of Oscar Lensdy and Mildred Joyce (Vick) Smith and spent her early life in Caruthersville, Missouri. When LaJeanne was in 9th grade, the family moved to Portageville, Missouri, and while attending school, met the love of her life, Marlin Luker. The two eloped to Tunica, Mississippi, and were married on November 6, 1948. They spent 67 years united in marriage before he preceded her in death on June 11, 2016.

Upon graduation from Portageville High School, LaJeanne joined Marlin as he traveled with the U.S. Navy, living in such places as: Memphis, Tennessee, Pensacola, Florida, and Norfolk, Virginia. After Marlin finished his tour with the U.S. Navy, the couple moved to Jefferson City, Missouri, where Marlin joined the Missouri State Highway Patrol in 1958, and LaJeanne worked as a bookkeeper for the Construction Industry Laborers Welfare Fund. Upon retirement, they moved from Jefferson City and built a home in Hickory Hill, Missouri, where they entertained family and friends for many years.

LaJeanne had many hobbies throughout her life. She loved to travel, so she and Marlin
purchased an RV, and traveled the United States with friends, while also enjoying several cruises. She was a lifelong fan of the St. Louis Cardinals, and Kansas City Chiefs, and she never missed listening to, or viewing, a game. She was a voracious reader, especially of mysteries, a gardener, and a Rummy card shark. Guided by her deep love of family, she delighted in her grandchildren and great grandchildren.

She was preceded in death by her parents, Lensdy and Mildred Smith, and her husband of
almost 70 years, Marlin Luker.

A private, graveside service will be held for the family at Hickory Hill Baptist Church Cemetery.

In lieu of flowers or cards, memorial contributions are suggested to the United Way of Central Missouri or The Missouri Association of State Troopers Emergency Relief Society (MASTERS).

To send flowers to the family or plant a tree in memory of LaJeanne Luker, please visit our Heartfelt Sympathies Store.

Receive notifications about information and event scheduling for LaJeanne

We encourage you to share your most beloved memories of LaJeanne here, so that the family and other loved ones can always see it. You can upload cherished photographs, or share your favorite stories, and can even comment on those shared by others.

Posted Aug 07, 2020 at 07:24pm
Lajeanne,
I lovvveddd talking to you! We would have the funniest conversations and we would always talk about the Cardinals and the Chiefs. I loved you so much and it was so fun to come in and see you every day. You will be so missed and my condolences goes out to your family. 💔
Comment Share
Share via:
MO

Posted Jul 08, 2020 at 05:07pm
Dear Emily and family,
Our most heartfelt sympathy on the passing of LaJeanne. We have many memories when we were neighbors in Hickory Hill. They had so many beautiful flowers and seeing the cotton they grew every year. I’m happy to have worked with you briefly and getting to talk with LaJeanne last year. My regrets we never got the chance to visit her again 😞. May she Rest in Peace.
Sincerely, Guy & Melaine Ott
Comment Share
Share via:
JB

Joe, thank you so much. I know she remembered all the Bryan kids from the Moreau Heights days.
HM

Posted Jul 03, 2020 at 08:08pm
On behalf of my father (Howard A. Moss) our prayers are with the family during these difficult times. Marlin and LaJeanne were very good friend with Howard & Barbara Moss (of Portageville, Mo) and stood up for them when they got married.
Howard A. Moss, Jr.
Comment Share
Share via:
DH

Thank you so much. I know Mom always looked forward to Howard's calls and she enjoyed telling me about the antics of their youth.
LB

Posted Jul 03, 2020 at 07:44pm
I’ll always remember our fun times defending our favorite baseball teams. She loved the cardinals and I loved the cubs. I enjoyed all the little laughs we had together about life. She will be missed.
Comment Share
Share via:

Thank you, Rese. You took good care of Mom when you were there. 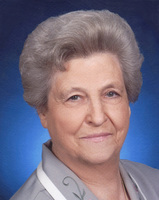 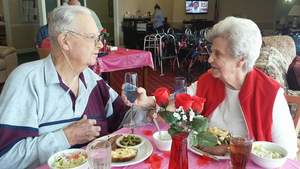 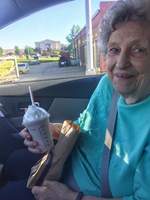 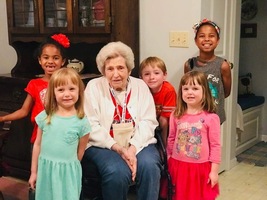