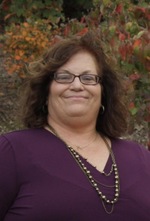 LaRae Ruth Allman, age 63, of Jefferson City, MO, passed away on Friday, June 5, 2020, at the University of Missouri Hospital in Columbia MO. She had been in failing health for the last few years.

LaRae was born on February 21, 1957 to Charles and Laura (McKay) Helmken in St. Paul, Mn. She lived in California as a child then moved to Unionville, Mo. with her family and graduated with the class of 1975 from Unionville High School. LaRae fulfilled her dream of becoming a Registered Nurse when she graduated from the Indian Hills Community College with a degree in nursing. She married Thomas “Lee” Allman in Jefferson City on May 23, 1999; he survives.

LaRae spent her life caring for others as a nurse’s aide and Director of Nursing in nursing homes, as a Critical Care Nurse at Boone Hospital in Columbia, Mo. and as a Nursing Home Inspector for the State of Missouri. She was a loyal employee, liked by her patients and appreciated by other workers as a kind and caring person. LaRae was a nurturing person whose passion was taking care of her children and granddaughter. She was a good listener who gave wise advice to others. She also loved to cook and could often be found trying a new recipe and cooking for family gatherings.

LaRae was preceded in death by her father, Charles Helmken, and her mother-in-law, Susan Barrett.

A private family graveside service will be held in Unionville, Mo. at a later date.

Memorial contributions are suggested to the charity of the donor’s choice.