To share your memory on the wall of Leigh Ann Brickey, sign in using one of the following options:

Leigh Ann was born on October 5, 1970 in Jefferson City, Mo., the daughter of Larry V. and Arleta (Krueger) Brickey.

A lifelong resident of the central Missouri area, Leigh Ann was a 1989 graduate of Jefferson City High School where she enjoyed playing volleyball and being involved with the band. After high school she pursued a career in nursing because of her caring nature. In 1993, she graduated from Lincoln University with a Bachelor’s of Science degree in Nursing and received the Helen L. Monroe Award, which is Lincoln’s undergraduate nursing excellence award.

Leigh Ann started her career as a Registered Nurse with SSM Health St. Mary’s Hospital where she worked for 6 years on the Medical Unit as a Charge Nurse. She moved to the Cardiac Step-Down Unit and “floated” between there and the Surgical and Oncology Units where she gained a broad range of knowledge. Throughout her nursing career, she also worked with breast cancer patients, as an ET nurse with wound care patients, at Allergy and Asthma Associates, and at St. Mary’s Surgical Services Department. Leigh Ann’s last place of employment was with the state of Missouri in the Cancer and Chronic Disease Division and the Show Me Healthy Women Program where she was the RN Regional Program Coordinator for 29 counties. With this job, she traveled to many clinics to help women get the treatment they needed, and much more.

Leigh Ann had a fun-loving spirit and an outgoing personality that made anyone enjoy being around her. She enjoyed the thrill of adventure. By age 3, she was on the zip sled at the lake and by age 5, water skiing. She was a contestant on the “Price is Right” Show, made it to the stage of Jay Leno’s Tonight Show, and after years of applying for tickets she was able to watch her favorite show “Saturday Night Live” in person. One of her biggest thrills was skydiving multiple times and she even talked a few family members into joining her. Leigh Ann had a passion for both music concerts and traveling, especially to warm weather and sandy beaches. She had a soft place in her heart for all animals and had numerous long-haired dachshunds throughout her life.

Most of all, Leigh Ann always kept her family in the center of her life. She cherished memories made with them at their family cabin on the Lake of the Ozarks, cheering with them at Cardinal games, and watching her nephews and niece play sports. She was a lifelong member of First Presbyterian Church, attending with her family, and loved being part of the church volleyball team.

Due to the pandemic, a private service will be conducted Thursday, October 22, 2020 in the Freeman Chapel with the Reverend Angela Madden officiating. Graveside services will be held at Riverview Cemetery.

A webcast of Leigh Ann’s service will begin at 11:00 a.m. Thursday for extended family and friends to view by going to the "photos and videos" tab of this page and scrolling down to the webcasting link. Friends may mail sympathy cards to the funeral home or leave condolences online to be given to her family.

In lieu of flowers and gifts, her family has asked that any memorial contributions be given to either the Jefferson City Animal Shelter or the Crohn's & Colitis Foundation by mailing all donations to P.O. Box 95, Jefferson City, Mo. 65102.

To send flowers to the family or plant a tree in memory of Leigh Ann Brickey, please visit our Heartfelt Sympathies Store.

Receive notifications about information and event scheduling for Leigh Ann

We encourage you to share your most beloved memories of Leigh Ann here, so that the family and other loved ones can always see it. You can upload cherished photographs, or share your favorite stories, and can even comment on those shared by others.

The Cross and Grant families sent flowers to the family of Leigh Ann Brickey.
Show you care by sending flowers

3 trees were planted in the memory of Leigh Ann Brickey

Posted Oct 29, 2020 at 03:16pm
I was so sorry to read about the loss of Leigh Ann and I wanted to send my warmest condolences to the family. To lose someone so loved, a part of your life, can bring such sadness but the God of all comfort tells us at 2 Kings 20:5 he feels our pain, he even sees our tears! At jw.org we can read John 5:28, 29 where Jesus assures you will have her in your life once again. May all the memories you have give you calm and peace to help you through until God’s promises come true. Again so very sorry for your heartache.🌻
Comment Share
Share via:
E

Posted Oct 27, 2020 at 02:16pm
Sorry to hear about the loss of your beloved daughter, our deepest sympathy. Hope you two are doing ok during these trying times, best regards. Ed Rackers
Comment Share
Share via:
AV

Posted Oct 22, 2020 at 01:48pm
Andy VonDerBruegge
To the Brickey Family -- I am so sorry to learn of Leigh Ann's passing. My deepest sympathy and condolences to you and your family. May God bless you and give you comfort during this difficult time.
Comment Share
Share via:
KW 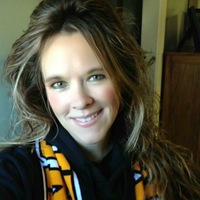 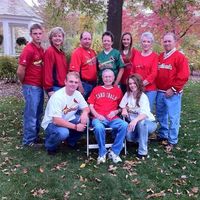 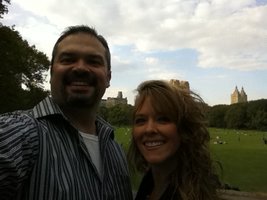 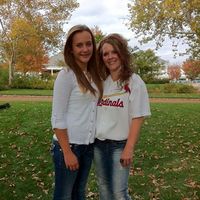