To share your memory on the wall of Leona Snellen DeBrine Northway, sign in using one of the following options:

She was born on July 8, 1922 in Elston, Mo., the daughter of Arch Thomas and Leona (Tripp) Thomas Backers.

A lifelong resident of the Central Missouri area, LaVerne graduated from Centertown High School.
LaVerne was a lifelong homemaker and care giver of the elderly.

She served on the Senior Service Nutrition board for many years and supported the Senior Center.

LaVerne had 3 wonderful, or as she always said, her beautiful husbands. She was married to Cecil Snellen for 51 Years. With him she took many trips to Colorado, and she brought home many rocks for her flower gardens, much to Cecil’s dismay. With her second husband, Elmer, she learned to dance, with her third husband Emery Lee, she danced and learned to fish. She had a love for dancing and could always be found at the senior dances. She will be remembered for her giving heart and dedication to helping others. She was always there to lend a smile, her time, a friendly conversation, or just make family and friends feel special. LaVerne loved to keep her hands busy, and was skilled with a crochet needle, and made many quilts in her free time. Most of all, LaVerne loved spending time with her family, and her grandchildren, who were required to call her ‘Granny’, were the light of her life. She had a passion for life and always enjoyed every moment.

She was preceded in death by her parents; her husbands Cecil, Elmer and Emery; one brother, Arch Thomas Jr.

Graveside services and interment will be held at 10:00 AM Friday, June 5, 2020 at Friedens United Church of Christ Cemetery in Brazito, Mo with the Reverend Samuel Powell officiating.

Friends may mail sympathy cards to the funeral home, or leave condolences online to be given to her family.
In lieu of flowers, memorial contributions are suggested Friedens United Church of Christ Cemetery.

To send flowers to the family or plant a tree in memory of Leona "LaVerne" Snellen DeBrine Northway, please visit our Heartfelt Sympathies Store.

Receive notifications about information and event scheduling for Leona

We encourage you to share your most beloved memories of Leona here, so that the family and other loved ones can always see it. You can upload cherished photographs, or share your favorite stories, and can even comment on those shared by others.

Posted Jun 05, 2020 at 10:01am
Dear Connie, Your mom was such a blessing to me and her "roomy", my mom!! Your mom was such a comfort to me and my visits with her were a delight!! And I know that right now, our Father is taking delight in her as she now resides at her new address....heaven!! May God comfort you during these days. Blessings to you and your family, love, Gina Jones
Comment Share
Share via:
FR

From Sonny, Maria, Bella and Remy

From Wayne, Joyce, and Laura

Posted Jun 02, 2020 at 10:17pm
Leona was the highlight of my days, a cherished smile, and truly held a special place in my heart. Her smile was a ray of sunshine. Her Ruby red sequinned slippers were worn daily, and they matched her nails and often her lipstick. She would frequently stop me in the hall to call her Connie Jo, just to say hello. She had a good heart, and when she said she loved you, it was unconditional love. It was truly an honor to have met her. She will be missed greatly, and her memory will be cherished forever.
Comment Share
Share via: 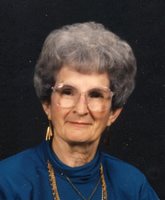 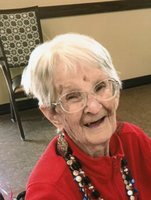