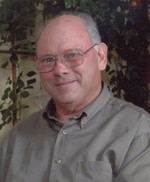 Leonard Gerard Muenks, age 77, of Jefferson City, Mo., passed away Saturday, August 15, 2020 at his home surrounded by family and loved ones.

Leonard was born on March 9, 1943 in Jefferson City, Mo., the son of Leonard Henry and Melva Alvena (Tynes) Muenks.

A lifelong resident of the Jefferson City area, Leonard was a 1962 graduate of Jefferson City High School and later graduated from Linn State Technical College in 1969 where he received an Associate’s Degree in Technology with a major in Electronics.

Leonard served in the United States Navy during the Vietnam War. He was honorably discharged in 1966 after proudly serving several tours overseas. From this difficult time, Leonard was extremely patriotic and proud of the American Flag and understood the sacrifices that it stands for.

Leonard was the owner and operator of L.G. Muenks Painting Co. for over 25 years where he painted and remodeled, built new homes and owned rental property in the central Missouri area until his retirement. He was often known to help those in need without asking for payment. He enjoyed staying active, so during retirement Leonard continued working part time in the communication department at the Missouri State Highway Patrol.

He cherished time with family and loved them unconditionally; always putting his children and grandchildren first in life. Leonard found peace being in the outdoors and shared that passion with his children on camping, hunting and fishing trips. He loved cooking and grilling at family gatherings and sharing memories about the funny things his kids did while growing up. Recently, one of his favorite activities was sitting and talking with his sweet heart, Barb Taggart. They both felt blessed to have each other’s companionship.

He loved taking trips to Alaska and Colorado to hunt and fish. Past times included taking day trips to sight-see, browse small shops and visit the old homeplace. Leonard could always be found sitting with the guys at Schulte’s talking over a cup of coffee and a doughnut. Gardening was another passion he pursued and he completed the Master Gardeners program. Leonard loved his hobbies including antiquing, winemaking, and canvas painting. He was a gifted craftsman in the wood shop and made a baby bed and tables for his grandchildren.

Visitation will be held at Freeman Mortuary from 3:00 p.m. until 4:30 p.m. Friday, August 21, 2020. The general public is welcome to attend the visitation while following social distancing guidelines.

A reception to continue to share memories of Leonard will be held immediately following the services at the Knights of Columbus Hall, 1822 Tanner Bridge Road, Jefferson City, Mo. 65101.

In lieu of flowers, memorial contributions are suggested to the American Legion, Roscoe Enloe Post 5.