To share your memory on the wall of Lois Bemberger, sign in using one of the following options:

Born in Colorado and raised in Nebraska, Lois called Missouri her home for over 70 years. Due to failing health, she relocated to Springfield, Missouri, in 2013 to live closer to her daughter; however, her heart remained in Jefferson City.

Lois retired from the Division of Employment Security on April 30, 1987. After retirement, she always kept busy and was never one to sit around. She created many beautiful quilts, crocheted items, and was a talented seamstress. She loved working crossword puzzles, playing games on her computer, playing BINGO, and watching “Colombo” on TV. Before becoming limited physically, she also LOVED to shop! She loved clothes, jewelry, ladybugs, and sun catcher bobble heads!

Lois always lived up to the reputation of a true “redhead.” During the years she was raising her young children, the family spent many summer nights at the softball field watching her pitch for the “Rockets.” She earned the name “Red Rocket” for her speed and ability on the field! She was also a proficient bowler with more than one 200+ game to her credit.

As a Christian, her faith was the most important aspect of her life. She loved to read her Bible and enjoyed fellowship with other believers. Lois always had a smile and kind word for everyone and saw value in each person she met. She had a great sense of humor, was incredibly friendly, and brought light and laughter wherever she was.

Lois was preceded in death by her husband, Keith Bemberger, who passed away in 2008 soon after their 65th wedding anniversary. After a three-day engagement, they were united in marriage in Rock Port, Missouri, on July 23, 1943. When he promptly left to serve in WWII, she then went to work at an Alcoa plant in Spokane, Washington, to aid in the war effort.

She is survived by a son, Michael Bemberger of Lenexa, Kansas; a daughter, Gloria Selsor (husband Duane) of Springfield, Missouri; a daughter, Janet; and many grandchildren and great-grandchildren. The oldest of four siblings, she was preceded in death by her brother and two sisters.

Friends will be received from 12 p.m. to 1 p.m. on January 18 at Freeman Mortuary. Funeral services will follow at 1 p.m. with Reverend Marcus Sage officiating. Interment will be at Hawthorn Memorial Gardens. In lieu of flowers, expressions of sympathy may be made to St. Jude Children’s Hospital, 501 St. Jude Place, Memphis, TN 38105.

To send flowers to the family or plant a tree in memory of Lois Bemberger, please visit our Heartfelt Sympathies Store.

Receive notifications about information and event scheduling for Lois

We encourage you to share your most beloved memories of Lois here, so that the family and other loved ones can always see it. You can upload cherished photographs, or share your favorite stories, and can even comment on those shared by others.

Mike and Diane Fancher sent flowers to the family of Lois Bemberger.
Show you care by sending flowers

Posted Jan 16, 2020 at 07:40pm
My thoughts and prayers are with the family. I met Lois when she was a patient where I worked. I always enjoyed visiting with her and Gloria. She will be missed by all that were lucky enough to have met her.
Comment Share
Share via:
MF 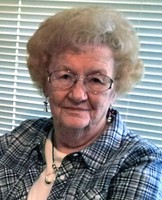