To share your memory on the wall of Lois Fast, sign in using one of the following options:

Lois was a 1943 graduate of Columbus, Ohio, West High School and a 1946 graduate of Ohio State University where she received her Bachelor of Science Degree in Biology. Lois and Kenneth met at a USO Club in Columbus while he was training during World War II. After the wedding, they moved to Missouri.

After raising her children, Lois returned to school to obtain a teaching certificate. She taught biology at Horton Watkins High School in Ladue, Mo. for several years. In 1972, Lois earned a Master’s Degree in education from the University of Montana. Her favorite and most notable job, however, was her employment in the 1980’s as a cartographer with the United States Defense Mapping Agency in St. Louis.

Upon retirement, Ken and Lois moved to Jefferson City, but spent many winters in Brownsville, Texas. Ken and Lois traveled extensively, including trips throughout the USA, India, Europe and Australia. Lois was an avid reader, especially loving mysteries. She also enjoyed collecting and making miniatures for her three dollhouses. Lois took up oil painting in retirement and was proud to sell some of her creations. All her friends and family members remember Lois through her art. Lois loved singing in the church choir and was a member of Community Christian Church in Jefferson City, Mo.

She was preceded in death by her husband, Kenneth V. Fast, her daughter, Emily Christensen and her two sisters, Dorothy Boudeman and Judy Masters.

Lois will be laid to rest next to her husband Ken in the Missouri State Veterans Cemetery in Springfield, Mo. following a private family memorial service at a later date.

To send flowers to the family or plant a tree in memory of Lois Ellen Fast (Jones), please visit our Heartfelt Sympathies Store.

Receive notifications about information and event scheduling for Lois

There are no events scheduled. You can still show your support by sending flowers directly to the family, or planting a memorial tree in memory of Lois Ellen Fast (Jones).
Visit the Heartfelt Sympathies Store

We encourage you to share your most beloved memories of Lois here, so that the family and other loved ones can always see it. You can upload cherished photographs, or share your favorite stories, and can even comment on those shared by others.

Posted May 07, 2020 at 11:47pm
My thoughts and prayers to the family of Lois. She was such a sweet lady and so much fun to visit with while assisting with her care. I will
miss her, but know she is now reunited with Ken and all her friends and family who welcomed her home with open arms. Treasure all the happy memories. 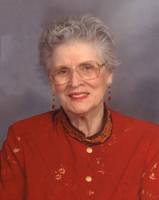