To share your memory on the wall of Louise Oberkrom, sign in using one of the following options:

A lifelong resident of central Missouri, Louise worked as a practical nurse for St. Mary’s Hospital where she met her husband Chuck. She then went on to work at Charles E. Still Hospital (now Capital Region Hospital) retiring in 1973 to become a homemaker.

She was a member of the Highway 54 Church of Christ.

Louise cherished her role as a homemaker and always supported her husband. She enjoyed working in her flowers, was an avid walker and loved going to garage sales and to parades downtown. Most of all she loved her family and instilled in her children a strong work ethic that have served them well.

She was preceded in death by her parents; her loving husband of 54 years, Chuck; an infant son; one granddaughter, Kristina Tucker; sister, Imogene; brother, Paul; and son-in-law, Jackie Morris.

Due to the pandemic, a private funeral service will be conducted on Wednesday, August 26, 2020 in the Freeman Chapel with Rick Yoder officiating. Graveside services and interment will be held at Hawthorn Memorial Gardens.

A webcast of the funeral service will begin at 11:00 a.m. Wednesday for family and friends to view by going to the “photos and videos” tab on this page and scrolling down to the webcasting link. Friends may mail sympathy cards to the funeral home to be given to her family.

To send flowers to the family or plant a tree in memory of Louise Oberkrom, please visit our Heartfelt Sympathies Store.

Receive notifications about information and event scheduling for Louise

We encourage you to share your most beloved memories of Louise here, so that the family and other loved ones can always see it. You can upload cherished photographs, or share your favorite stories, and can even comment on those shared by others.

Ben and the staff of JMS Senior Living sent flowers to the family of Louise Oberkrom.
Show you care by sending flowers

Posted Aug 28, 2020 at 12:45pm
Gary and Holly and family,
Rick and I wanted you to know that we are thinking of your family during this difficult time. Your mom lived a long and good life but it is never easy to say goodbye. Hang onto your wonderful memories.
Vickie and Rick Muldoon
Comment Share
Share via:
CB

Posted Aug 26, 2020 at 12:46pm
Our thoughts and prayers are with your family. We enjoyed seeing all the pictures and hearing the memories! Wish we could have come but glad we have the technology to be with you in that way. Continued prayers for your family.
Randy and Karen Wilson
Comment Share
Share via:
BS

Posted Aug 25, 2020 at 08:34pm
Thoughts and prayers to all of the family. From age two to eighteen the Oberkroms were either next door neighbors or only a couple blocks away. Louise was the sweetest and kindest lady one could imagine. My mother’s best friend! Louise and Chuck had a powerful influence on me and all the kids at Church. Miss her sweetness but comforted she is in the arms of God. Bruce Senevey
Comment Share
Share via:
BS

Bruce stated it beautifully! So many fond memories of your family from the time I was born. Thinking of you and sending my love❤️ Brenda has our parents old pictures. I always loved ones of us all on an outing to Merrimac Caverns. Love, Belinda Senevey
BS

Bruce stated it beautifully! So many fond memories of your family from the time I was born. Thinking of you and sending my love❤️ Brenda has our parents old pictures. I always loved ones of us all on an outing to Merrimac Caverns. Love, Belinda Senevey
SM

Posted Aug 25, 2020 at 10:49am
Dear Debbie, I was so sorry to hear of your mother's passing. She was a very sweet lady. I'm sure she is happy to be reunited with your dad. Please know that you and your family are in my thoughts and prayers. Sincerely, Susie Meller
Comment Share
Share via: 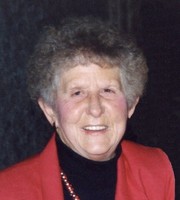