To share your memory on the wall of Margie Isaak, sign in using one of the following options:

She was born on August 4, 1923 in Wardsville, a daughter of James F. and Ida M. (Koffkey) Cain. She was married ... Read More
Mrs. Marjorie L. Isaak, 96, of Jefferson City, passed away peacefully on September 6, 2019 at Capital Region Medical Center.

She was born on August 4, 1923 in Wardsville, a daughter of James F. and Ida M. (Koffkey) Cain. She was married on February 23, 1946 in Jefferson City to Benjamin Isaak. He preceded her in death.

Marjorie was a 1941 graduate of New Bloomfield High School. She was employed with the Division of Employment Security until retiring in 1992.

She was a member of the First Baptist Church.

Marjorie (Margie) was raised on a farm outside of New Bloomfield. She was the middle child of seven and it was the era of the Great Depression. She learned hard work, the meaning of frugality, but also how to have fun, being a part of a large family with a father who loved to tell stories and play the fiddle. It was from him she learned to dance, a lifelong interest. She was at home outdoors and would much rather tend the garden than do inside chores.

It was because of dancing she met Benjamin (Ben) from Fort Leonard Wood on the night before Pearl Harbor was bombed. She went to a dance in Jefferson City with her older brother, Ed. Ben, a farm boy from North Dakota was immediately smitten but it would be 4 years and many letters before the knot was tied. Ben was shipped out to Southeast Asia not long after they met.

Margie and Ben created a life in Jefferson City, not far from her family, raising 3 daughters. The love of travel came slowly but as the daughters moved from the nest to interesting places (NYC, Los Angeles, Washington state) Ben and Margie would travel to visit. Following his death in 1972, she and her youngest daughter and two sisters took her first European trip. There would be more. Her oldest daughter lived in England twice and Margie was thrilled to spend more time there. She ventured with them to Egypt in 1993, touring the Pyramids and riding a camel. Margie and her sisters also enjoyed Caribbean cruises and she traveled with her daughters and their families to a variety of places in the US.

After retiring in 1992, Margie and her sisters found “shopping” and there weren’t too many sales they did not like. Her love of clothes, particularly handbags and shoes filled her closets. Like many her age, she discovered Precious Moments and Dickens Villages. She could have opened a gift shop with her collection.

Despite cancer in her late 60’s Margie kept active. She even returned to work following treatment. She enjoyed her friends and dances at the local VFW and trips to area gambling casinos. She always set her limit as to how much she was willing to lose and kept to it.

Margie lived a full and rich life and will be missed by her family and friends.

She was preceded in death by her siblings, Edward Cain, Nellie Nichols, Mildred (Mitch) Lawson and James “Bus” Cain.

Funeral services will be conducted at 11:30 a.m. Friday in the Freeman Chapel with the Reverend Dr. Doyle Sager officiating. Graveside services will follow at Hawthorn Memorial Gardens.

In lieu of flowers, memorials will be given to Ellis Fischel Cancer Center-Lymphedema Support, in memory of Marjorie Isaak, Office of Advancement. 1 Hospital Dr. DC066.00, Columbia, MO 65212.

To send flowers to the family or plant a tree in memory of Margie Isaak, please visit our Heartfelt Sympathies Store.

We encourage you to share your most beloved memories of Margie here, so that the family and other loved ones can always see it. You can upload cherished photographs, or share your favorite stories, and can even comment on those shared by others.

Fred and Sandy Roberts and Family, Monday Night Women's Group, and others have sent flowers to the family of Margie Isaak.
Show you care by sending flowers

Posted Nov 13, 2019 at 09:01pm
My apologies for sending this so late, as I just found out. Aunt Margie was our last living Aunt of our era. Our sympathy to her Daughters Charlotte, Brenda, and Janice and there families. God Bless, and Take Care Love, your California cousin Nyla Carruth
Comment Share
Share via:
NC

Posted Nov 13, 2019 at 09:00pm
My apologies for sending this so late, as I just found out. Aunt Margie was our last living Aunt of our era. Our sympathy to her Daughters Charlotte, Brenda, and Janice and there families. God Bless, and Take Care Love, your California cousin Nyla Carruth
Comment Share
Share via:
NS

Posted Oct 08, 2019 at 08:03am
My grandma Marge was the best she would always see if you were okay or she would lend money if you needed help. She was very helpful when my dad would go over to mow here law I would come and help out. I wish she was still here with us now I miss her very much and I will always have her on my mind.
Love,
Natalie Schrimpf
Comment Share
Share via:
FF

Fred and Sandy Roberts and Family

Posted Sep 12, 2019 at 09:20pm
Jan and Family, We are so sorry for your loss. We celebrate her life with you and rejoice in the promise of everlasting life given to us by our Lord.

Fred and Sandy Roberts and Family purchased flowers for the family of Margie Isaak. Send Flowers

Posted Sep 11, 2019 at 07:09pm
We are thinking of you. Sending prayers and much love from the CUMC United Methodist Women.

Flowers were purchased for the family of Margie Isaak. Send Flowers 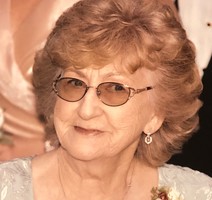