To share your memory on the wall of Marjorie Pfenenger, sign in using one of the following options:

She was born on July 11, 1939 in Jefferson City, Mo. the daughter of Louis Theodore and Veronica Ann (Bax) Gerling. Marjorie was married on August 17, 1957 at St. Peter’s Catholic Church to Richard Joseph Pfenenger, Sr., who preceded her in death on May 31, 1979.

A lifelong resident of the Central Missouri area, Marjorie was part of the first graduating class at Helias High School in 1957.

Marjorie started working for the Southwestern Bell Telephone Company, later purchased by Sprint, and most recently known as Embarq. There, she worked as a Clerk for Long Distance and Local Operators until her retirement on October 30, 1999. After retirement, Marjorie worked at Scholastic and in the Jefferson City High School Cafeteria.

Marjorie was a member of the American Legion Auxiliary Post #5 and a faithful member of Immaculate Conception Catholic Church.

Marjorie was very creative and enjoyed sewing and doing crafts. Marjorie loved being outdoors where she maintained a beautiful garden and a manicured lawn and landscaping. She liked watching sports on TV, especially the Kansas City Chiefs and St. Louis Cardinals. Marjorie was a Sunday regular at the American Legion where she was able to socialize and watch the NASCAR race. She had a soft spot in her heart for animals, especially her beloved cats. Most of all, she cherished the time that she spent with her family. Nothing was more important to her than the love of her family. She will be most remembered for her quiet nature, subtle sense of humor, and her heart of gold.

Visitation will be held at Freeman Mortuary on Wednesday, March 24, 2021 from 9:30 am until 10:30 am. The general public is welcome to attend the visitation while following social distancing guidelines.

Funeral services will be conducted in the Freeman Chapel on Wednesday, March 24, 2021 at 10:30 am with the Reverend Don Antweiler officiating. Graveside services and interment will be held at Resurrection Cemetery.

A webcast of the service will begin at 10:15 am Wednesday for friends that are not able to attend by going to her memorial page on Freeman Mortuary’s website. Friends may mail sympathy cards to the funeral home or leave condolences online to be given to her family.

In lieu of flowers, memorial contributions are suggested to the Samaritan Center.
Read Less

To send flowers to the family or plant a tree in memory of Marjorie Christine Pfenenger (Gerling), please visit our Heartfelt Sympathies Store.

Receive notifications about information and event scheduling for Marjorie

We encourage you to share your most beloved memories of Marjorie here, so that the family and other loved ones can always see it. You can upload cherished photographs, or share your favorite stories, and can even comment on those shared by others.

Over the past few days, I've thought back on the years when Ted, Mary Jane and I were growing up together. I rediscovered memories of the time Margie spent with us, particularly Mary Jane and I. Does anyone of my generation remember clothespin dolls? Margie introduced Mary Jane (Janie) and me to them. We spent hours playing with the wooden clothespins purloined from my Mom's and Grandma Fronie's bag of wooden clothespins. We dug through the bags to find clothespins with smooth rounded heads for girls and flat-headed clothespins for boys. Margie helped us draw faces on the heads, not an easy task on rounded surfaces. She taught us to create hair for our dolls from paper, cut into tiny strips and glued on to the clothespins, then carefully curled by pulling the paper over the inside edge of scissors. Of course, the clothespin dolls needed something to wear, so Margie helped us create skirts and tops from fabric, lace and rickrack for our wooden fashionistas. When we played clothespin dolls in the big front bedroom at Fronie's and Louie's, Margie scouted out pillows - not sure whose - so we could make cushy beds for our dolls. Best of all, on occasion, Margie would spend time playing with us. We couldn't have asked for more.

I am the oldest grandchild on Margie's side of the family. I share the clothespin doll story because it explains the Margie I knew all of my life. She made time for us and there is no more precious gift to kids than an adult taking an interest in their world. Margie gave us herself, her ideas, her kindness and shared her imagination with us, a priceless treasure. We spent uncounted hours in that imaginary world of clothespin dolls she helped us create. Money couldn't have bought what she gave us.

In more recent times, Dan and I shared cat stories with Margie. She was concerned about her feral cats staying warm during the cold winter months. We had adopted a neighborhood stray who turned out to be a nursing mother with five tiny kittens. We had purchased warming pads for our cat family that lived indoors, and I sent Margie a similar heating pad to warm her feral cats' home.

My daughter, Kati, met Margie and spent time with her at a family funeral. Margie and Kati connected in a special way that sometimes just happens and Kati started calling Margie every week on Sunday to chat with her and check up on how she was doing. Those calls became a touchstone in Kati's life. I'm sure cats figured in the conversation (Kati has four, all rescues, and helps care for a feral colony where she works).

Thank you, Margie. With love from your niece - 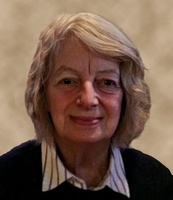 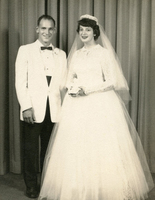 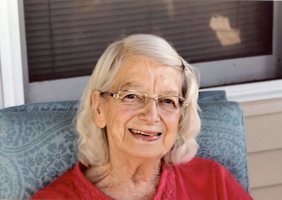