To share your memory on the wall of Mark Lancaster, sign in using one of the following options:

A lifelong resident of the central Missouri area, he attended Jefferson City Public Schools. Mark worked at Sheltered Workshop for several years before he began his employment for nearly 20 years as a groundkeeper with the Missouri State Conservation Department. He mainly worked at Runge Nature Center where he enjoyed keeping the trails clean among many other tasks. Mark cherished his great co-workers at Runge and truly thought of them as friends.

Family was the center of Mark’s life and he was loved dearly. When he was younger, he cherished family vacations, especially to Florida to visit relatives. His grandfather Scholten and him were extremely close and he would take Mark with him everywhere. As he got older, he still loved to travel to see his brother and nephews occasionally. Mark had a great sense of humor, loved visiting with people, and liked being independent.

Mark was always fascinated with trains and that passion extended to collecting model trains and visiting any train station. He especially enjoyed riding the Amtrak to St. Louis or Kansas City, the Durango-Silverton train in Colorado and the Heber Valley train in Utah.
Survivors include: one brother, Eric Lancaster and his wife Susan of Houston, Tx.; and two nephews, Zach Lancaster of Crystal Lake, Nv. and Matt Lancaster of Salt Lake City, Ut.

Graveside services and interment will be held at 11:30 a.m. Thursday, March 12, 2020 at Riverview Cemetery. Mark will be laid to rest next to his parents.

To send flowers to the family or plant a tree in memory of Mark D. Lancaster, please visit our Heartfelt Sympathies Store.

Receive notifications about information and event scheduling for Mark

We encourage you to share your most beloved memories of Mark here, so that the family and other loved ones can always see it. You can upload cherished photographs, or share your favorite stories, and can even comment on those shared by others.

Posted May 27, 2020 at 01:21pm
So very sorry to hear of Mark's passing. I enjoyed talking trains with him and helping figure out which engine would be his next. He will be missed. My sincere condolences to Mark's family.
Comment Share
Share via:
JC

Posted Mar 09, 2020 at 10:47pm
Eric and family - I am very sorry for your loss of your brother Mark. Prayers for you and the family as you share and celebrate his life! Joyce Constance-White
Comment Share
Share via: 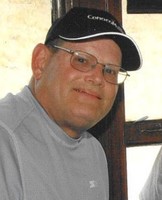 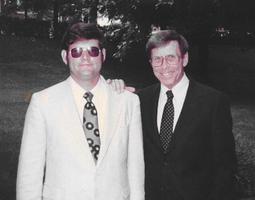 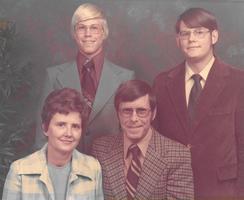 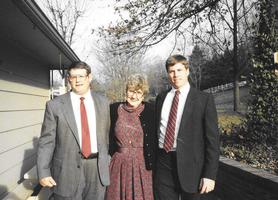