To share your memory on the wall of Mary Comer, sign in using one of the following options:

Mary was born July 29, 1934 in Seneca, Mo., the daughter of Edward Clay Lindner and Mildred Lucille (Lawson) Lindner. She graduated from Joplin High School and attended Joplin Business College with her Associates Degree in Secretarial Science.

Mary was married to Terry Robert Miller on June 14, 1953 in Joplin, Mo. and they moved to Wichita, Ks. Their brief union produced one daughter, Teresa Ann Robbins of Sioux Falls, South Dakota.

Mary was later married to Raymond Story Hess of Joplin, Mo. and made a home with him in multiple locations across the country in pursuit of his Naval career. Their marriage lasted 22 years and their union produced one son, William Gary Hess, who precedes her in death.

Later in her life, Mary met and married Virgil Leo Comer of Las Cruces, New Mexico while residing in Nevada, Missouri. They wed in Eureka Springs, Arkansas on June 24, 2002 and resided in Nevada, Mo. until Virgil’s death in July of 2003.

Throughout her life Mary pursued her career as a legal secretary and later worked for the Joplin Economic Security Corporation as the Administrative Assistant to the Director until her retirement in 1994.

Mary later made her home in Jefferson City, Mo. in 2004 to be closer to her daughter’s family. While living in Jefferson City, she became a member of St. Peters Catholic Church and enjoyed attending Mass with her friends. Mary lived in the Senior Citizens Apartments complex and made many friends. She enjoyed the practice of her faith, needle work and listening to music.

Mary was preceded in death by her parents, Terry Miller and Virgil Comer; one son, William Gary Hess; and a son-in-law, John W. Robbins.

Mary’s cremains will be entombed at the Memorial Niche located in the Memorial Park Cemetery in Neosho, Missouri. The family plans to assemble for a memorial service in Neosho, Mo. at a later time.

In lieu of flowers, memorial contributions are suggested to Catholic Charities.

Funeral arrangements are under the direction of Freeman Mortuary in cooperation with Clark Funeral Home of Neosho, Missouri.
Read Less

To send flowers to the family or plant a tree in memory of Mary L. Comer, please visit our Heartfelt Sympathies Store.

Print
Mary’s cremains will be entombed at the Memorial Niche located in the Memorial Park Cemetery in Neosho, Missouri. The family plans to assemble for a memorial service in Neosho, Mo. at a later time. 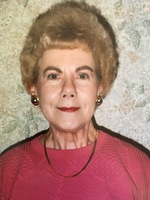