To share your memory on the wall of Mary Heisinger, sign in using one of the following options:

She was born on April 21, 1922 in Cotter, Arkansas the daughter of Hubert Hobson and Nora Shannon (Russel) Green. She was married on April 12, 1947 in Jefferson City, Mo. to Vernon Andrew Heisinger who preceded her in death on February 2, 1989.

A lifelong resident of the Central Missouri area, Mary was a graduate of Jefferson City High School, she then went on to attend Jr. College.

Being a homemaker allowed Mary time to dedicate to the most important things in her life, being an excellent wife and mother. She made her three boys her number one priority no matter the activity. She was sure to be in attendance to support her sons at any musical event or athletic competition even if it meant traveling long distances. She was always a homeroom mother while her children where young and said that her kids were what kept her young. Mary was also an active member in the First United Methodist Church, and taught Sunday school there. In her later years, Mary was a volunteer at Capital Region Medical Center, helping out in whatever capacity she was needed. Mary had a giving spirit, a heart full of love and supported her family unconditionally.

She was preceded in death by her parents, her husband and one son, James T. Heisinger.

Mary’s family will be holding a graveside service at 2:00 pm Thursday, November 21, 2019 at Riverview Cemetery.

To send flowers to the family or plant a tree in memory of Mary Elizabeth Heisinger, please visit our Heartfelt Sympathies Store.

Posted Nov 20, 2019 at 10:30am
Jon, please accept my deepest condolences for the passing of your mother. I remember her and your dad cheering us on way back in 7th grade for football and basketball. -Roger
Comment Share
Share via:
J

Thank you Roger. Those were some times and good memories 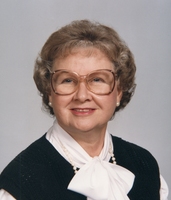